Prince Albert, SK  –  The road to being crowned the Frank Dunn Toyota Highlight of the Year will begin tomorrow.

Sixteen plays have been entered into a bracket to determine the best Raiders highlight from the 2019-20 season. Check out the bracket below: 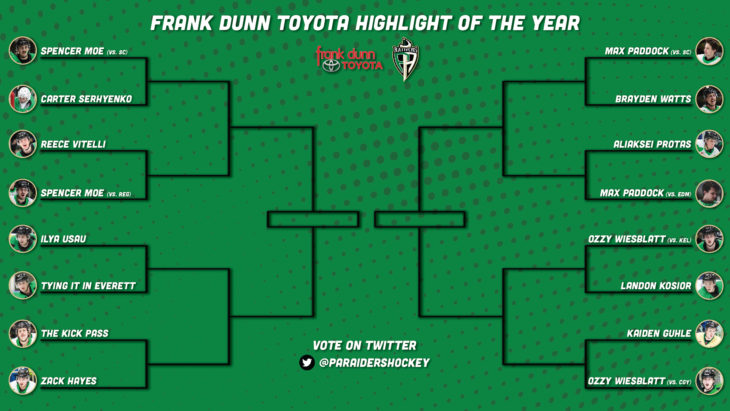 Voting for each matchup will take place on Twitter and last one day for the first two rounds. The winner of the poll will move on to the next round. The semifinals and final poll will both be two days long.