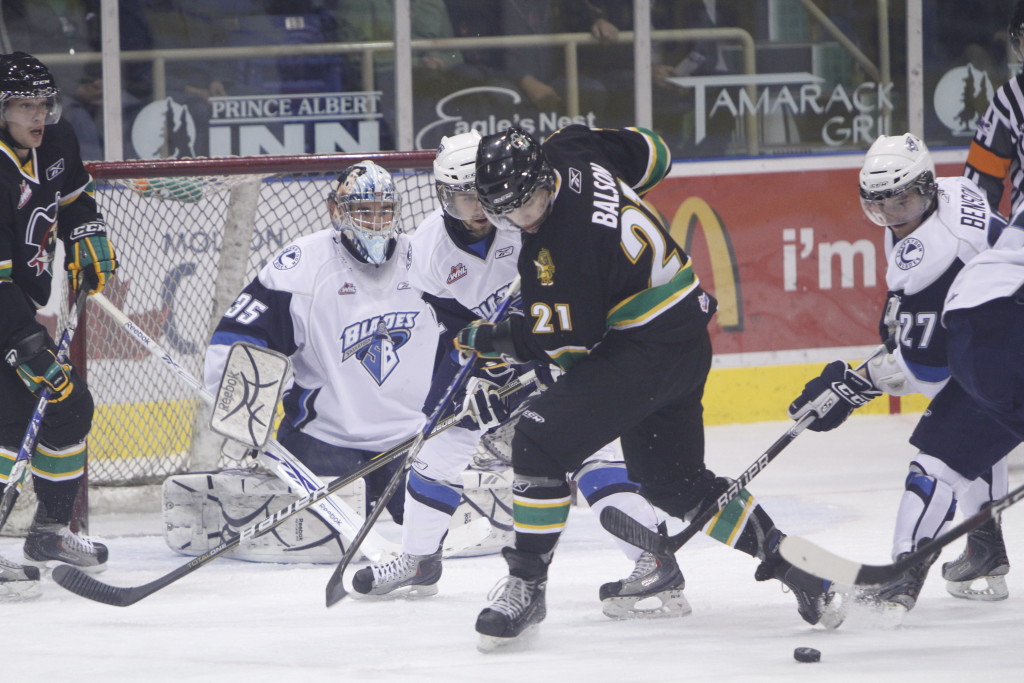 Balson appeared in 48 games during the 2010-2011 season with the Raiders, collecting 3 points and 13 penalty minutes. The Kamloops BC product also notched 1 assist in 3 pre-season games this year. He was picked in the third round, 61st overall in the 2008 Western Hockey League Bantam Entry Draft.

Waseylenko, drafted by the Raiders in the fifth round of the 2008 WHL Bantam Entry Draft, had 1 assist and 7 penalty minutes in 3 pre-season contests. During the 2010-2011 season with the St. Albert Raiders of the Alberta Midget Hockey League, the defenceman scored 8 points to go with 60 penalty minutes. Waseylenko will head to the Camrose Kodiaks of the Alberta Junior Hockey League.

The Raiders have also announced that 18-year-old defenceman Harrison Ruopp has been released from the Phoenix Coyotes National Hockey League training camp and will return to the Raiders this week.