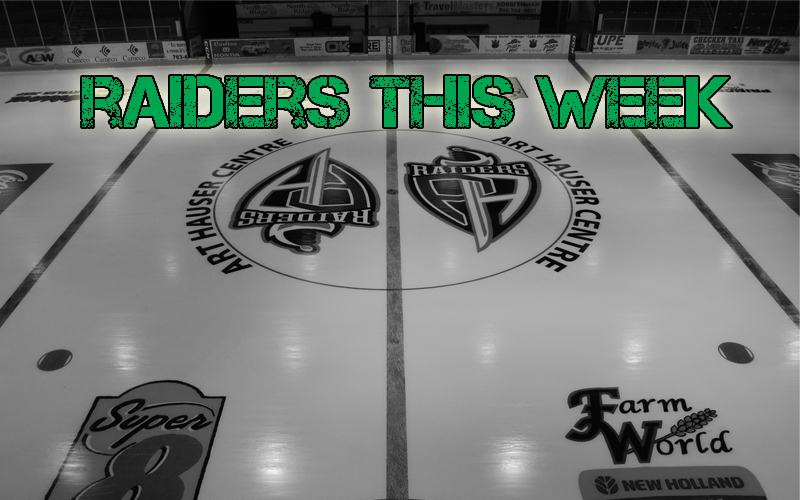 Prince Albert SK- The Raiders depart for a Central Division road swing this week after a pair of comeback victories on the road over the weekend, defeating Regina 7-6 and Brandon 5-4, going to overtime in both games. The team will head to Red Deer before travelling to southern Alberta for stops in Lethbridge and Medicine Hat. The Raiders will return home next week, for four games in seven nights at the Art Hauser Centre, including the annual Teddy Bear Toss game on December 13th against the Kamloops Blazers.