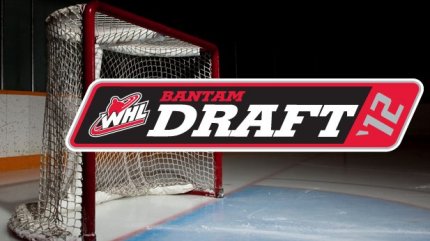 Brendan Guhle, the Raiders first selection, third overall, recorded 9 goals and 15 assists last season with Sherwood Park of the Alberta Major Bantam Hockey League. The 6’0, 165 pound defenceman also recorded 3 goals and an assist in 5 games at the Alberta Cup this spring. The Sherwood Park, Alberta product was recently invited to the All-State All Canadians Camp for the top bantam players in Canada, hosted by the National Hockey League Players Association.

The Raiders began the 2nd round of the draft by selecting goaltender Nick McBride 23rd overall. The Maple Ridge, British Columbia native backstopped the Burnaby Winter Club to a Western Canadian Bantam AAA Championship this season, named as a First Team All Star and Top Goalie in the process. The 6’2″ net minder  will join Guhle at the All Canadians Camp from July 17-21.

With the team’s 2nd selection in the 2nd round, 41st overall, the Raiders chose Matteo Gennaro from the St. Albert Sabres Bantam AAA. In 31 games, the 6’0 160 pound forward scored 23 goals and added 21 assists for a team-leading 44 points.

“We are very excited to have our first and second round picks in the 2012 Bantam Draft commit to our program,” said Raiders General Manager Bruno Campese. “All three are quality players that excel in their respective positions and will be key contributors for our club in the future.”