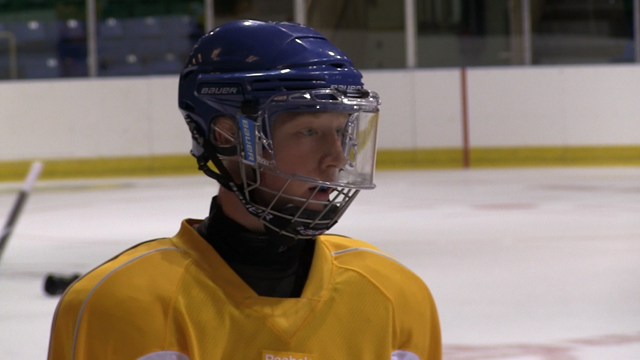 The Raiders took the Swan River, MB native in the fifth round, 97th overall, in the 2015 WHL Bantam Draft. Kirk becomes the fourth player from Prince Albert’s 2015 draft class to sign a contract with the Raiders, joining forwards Cole Fonstad, Carson Miller, and Spencer Moe.

“Lane was a great surprise at training camp,” said general manager Curtis Hunt. “We look forward to watching him develop and having him become a key part of our line-up in the near future.”

A five-foot-ten, 146-pound rearguard, Kirk scored 12 goals and added 23 assists for 35 points in 32 games with the Parkland Rangers Bantam AAA team last season. Kirk recently completed his first training camp with the Raiders where he earned a spot in the team’s line-up at last weekend’s Regina Pats Rookie Showcase Tournament.

Kirk will return to the Parkland Rangers in 2015-16 and skate for their Midget AAA squad. In June, he was one of 30 players named to Hockey Manitoba’s Under-16 Program of Excellence Development Camp Roster.

The Prince Albert Raiders return to the Art Hauser Centre on Friday, September 11, for their first pre-season game at home. Free admission is being offered to the game with food donations being accepted in the Johnny Bower Lobby.