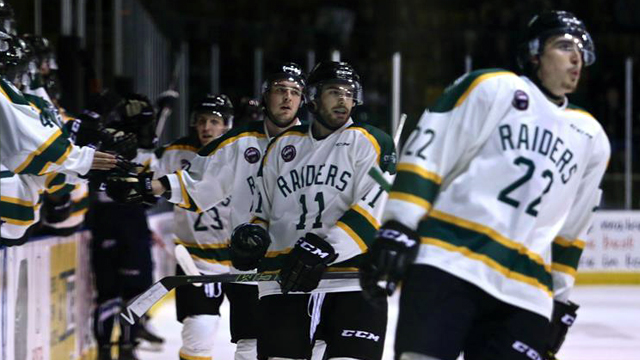 Forward Craig Leverton has returned home to spend time with his family until a decision on his hockey future can be determined. A Debden, SK native, Leverton played 120 games with the Raiders over two seasons, collecting 24 goals and 37 assists for 61 points. The five-foot-nine, 198-pound left winger was acquired from the Lethbridge Hurricanes on September 17, 2013.

The Prince Albert Raiders play a pair of games at home this weekend in what is being dubbed the Giant Tiger Weekend. On Friday, October 2, the Vancouver GIANTS will visit the Art Hauser Centre, followed by the Medicine Hat TIGERS on Saturday, October 3. A free children’s ticket is available to the game with the purchase of an adult ticket to either game. Visit Raiderhockey.com or call 764-5348 to get your tickets now!