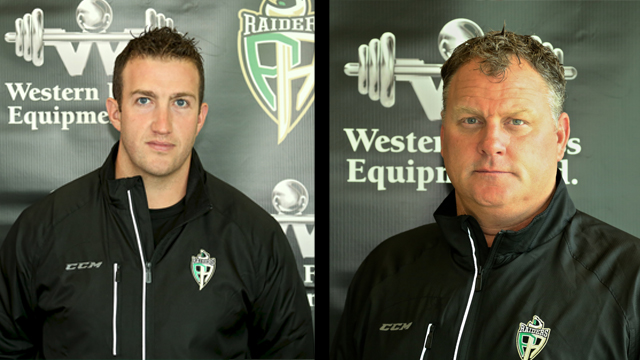 Born and raised in Prince Albert, Manson returns for his 11th season as a coach with the Raiders. Manson began his coaching career with his former junior club in 2002 when he signed on as an assistant coach. Manson would spend seven seasons in the position before shifting over to the Prince Albert Minors of the Saskatchewan Major Midget League for two years. Manson rejoined the Raiders in 2011 and was promoted to associate coach prior to the 2012-13 campaign.

Part of Raiders folklore, Manson is one of the franchise’s most popular and recognizable alumni. From 1983-86, Manson played 218 games with Prince Albert, scoring 24 goals and 72 assists for 96 points, while racking up 666 penalty minutes. He also dressed in 38 post-season games in his WHL career and was part of the Raiders’ Memorial Cup win in 1985. Manson was drafted by the Chicago Blackhawks, 11th overall in the 1985 NHL Entry Draft. He played his first year with the Blackhawks in 1986 and would go on to play 16 seasons in the NHL and 1103 games.

Guard, a Prince Albert native, is set to begin his fourth season with the Raiders. After wrapping up his professional career as a goaltender in Italy, Guard made the transition to the coaching ranks in 2012 when he joined the Raiders as the team’s goaltending coach. Last September, Prince Albert promoted Guard, naming him a full-time assistant coach.

Guard’s playing career saw him spend two seasons in the Western Hockey League where he was a Western Conference All-Star with the Kelowna Rockets from 2002-2004 under current Raiders head coach Marc Habscheid. During his rookie season, he finished with a league-best 1.93 goals-against average and backstopped the Rockets to the WHL Championship. In 2014, Kelowna hosted and won the Memorial Cup, with Guard being named the tournament’s Most Valuable Player. After junior, Guard played five seasons of professional hockey, including two years with the Ottawa Senator’s American Hockey League affiliate, the Binghamton Senators.