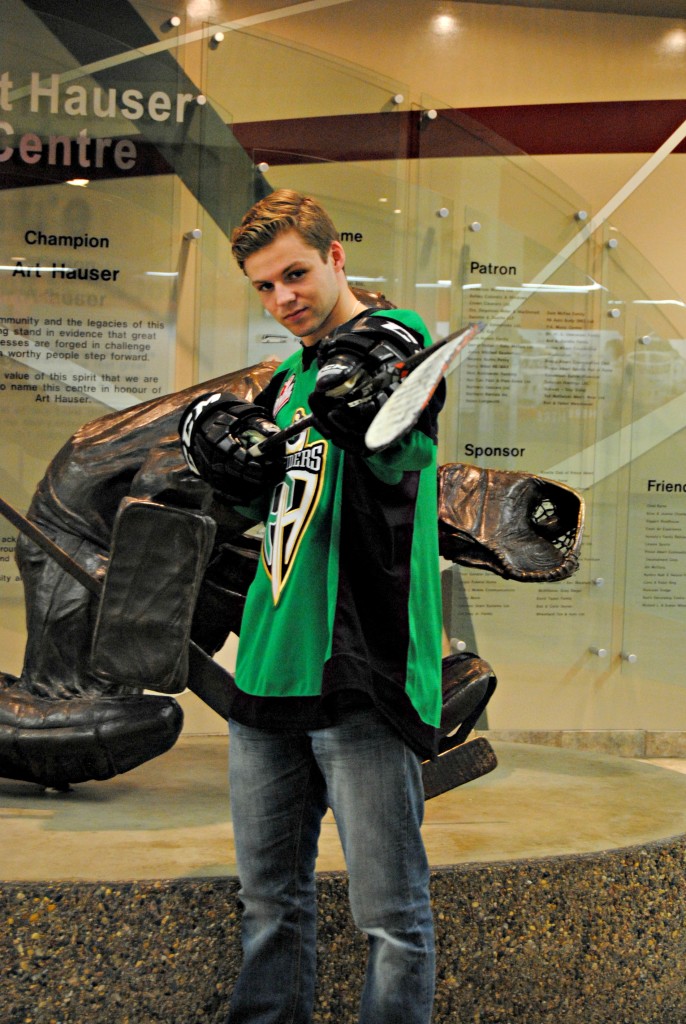 Prince Albert SK – This afternoon, the Prince Albert Raiders announced that Josh Morrissey has been named the team’s captain, with Dylan Busenius, Shane Danyluk and Leon Draisaitl serving as the alternate captains.

Morrissey becomes the 38th player to wear the “C” for the Raiders in franchise history. The team’s 6th overall selection in the 2010 WHL Bantam Draft has played in 143 games over the past two seasons, recording 25 goals and 60 assists for 85 points, leading the Raiders blueline in scoring in both of his years. The 6’, 185-pound defenceman was drafted 13th overall in the 2013 NHL Entry Draft by the Winnipeg Jets. Morrissey served as a part-time alternate captain last season, as well as an alternate captain for Team Canada at the 2013 World Under-18 Championships.

“It’s such an honour, with all the history in the organization over the 40-pluys years,” said Morrissey on being named captain. “There is a long list of great players who have been the Raiders captain, and it’s a very special opportunity.”

Busenius will serve as an alternate in his first full season with the club. The 20-year-old rearguard is the longest WHL tenured player, with 250 games of experience in the league, and leads the team with 27 games of playoff experience.

Danyluk will be a full time alternate captain after wearing the “A” part time last season. A 5’11” centre, the 19-year-old enters his fourth full season with the Green and Gold, having played in 179 career games and was the only Raider to appear in all 72 games last season.

Draisaitl becomes the first import player to wear a letter for the team since 2005-2006 when Aki Seitsonen was an alternate captain. The Cologne, Germany native finished second on the team in scoring last season, taking home the WHL Eastern Conference Rookie of the Year award in the process.

The Raiders face the Brandon Wheat Kings for a double header at the Art Hauser Centre this weekend, starting tomorrow for the Raiders 2013 Wall of Honour night. The team will enshrine builders Jim Bristowe and Doug Winterton as well as player Brad McCrimmon prior to the game.