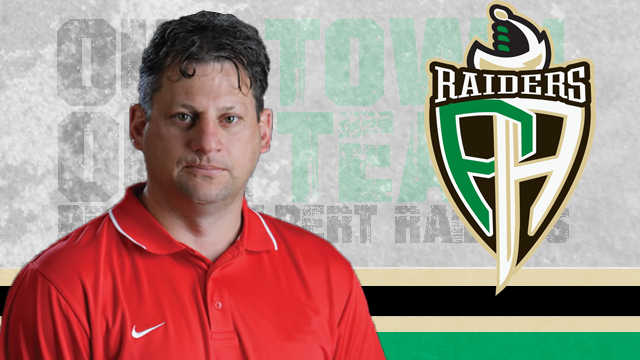 Prince Albert, SK – The Prince Albert Raiders are proud to announce that Curtis Hunt has been named the 10th general manager in franchise history.

The announcement was made on Monday morning in front of Raiders staff and board members as well as media and fans in the Johnny Bower Lobby of the Art Hauser Centre. Hunt – who joins the organization with seven years of experience working in the Western Hockey League – replaces Bruno Campese after eight seasons with the Raiders.

“It is exciting to be able to come to the Raiders. There has been a lot of good work done already and there is a solid foundation both in hockey and the business operations,” said Hunt. “I am eager to get to know the people and sink my teeth into the task at hand.”

The 48-year-old Hunt comes to Prince Albert after spending last season as the general manager and head coach of the Fort McMurray Oil Barons of the Alberta Junior Hockey League. The Oil Barons finished the regular season with a 31-23-6 record and hosted the 2015 Western Canada Cup.

Prior to his time in Fort McMurray, Hunt spent seven years in the WHL as a head coach, split between Moose Jaw (2002-04) and Regina (2004-08; 2009-10). The North Battleford, SK native also coached the 2008-09 season between the National Hockey League’s Ottawa Senators as an assistant coach and their American Hockey League affiliate, the Binghamton Senators, as their head coach. In nine years as a head coach, Hunt has compiled a record of 286-243-68.

In International play, Hunt has represented Canada at several competitions. Hunt won a pair of gold medals as an assistant coach with Canada’s National Junior Team at the IIHF World Junior Championship in 2007 in Leksand, Sweden, and 2008 in Pardubice, Czech Republic. He won a silver medal as an assistant coach of Canada’s National Men’s Under-18 Team at the 2005 IIHF World Under-18 Championship in Plzen, Czech Republic, and won a bronze medal as Canada’s co-coach at the 2012 Winter Youth Olympic Games in Innsbruck, Austria. Hunt has also worked with the Canadian sledge hockey team, winning a World Championship in 2013 in Goyang, Korea and a bronze medal at the 2014 Winter Paralympic Games in Sochi, Russia.

“The Raiders organization is excited for Curtis to join our team. He is a former Raider with deep roots in the community, he is a proven winner, and most importantly a quality individual,” said Raiders President Dale McFee. “Simply put, with the recent changes to our organization, we are excited for next season to start.”

As a player, Hunt is already well-known in the Prince Albert for his role in the Raiders’ Memorial Cup Championship in 1985. Hunt spent three seasons with the Raiders from 1984 to 1987, playing 183 games with 13 goals and 73 assists for 86 points. In 1985, he was drafted by the Vancouver Canucks in the 1985 NHL Entry Draft. He would play nine seasons of professional hockey, including 183 games in the AHL, before retiring in 1996.

“I was given the opportunity begin my career in Prince Albert. Returning offers a new set of challenges and I can’t wait for the journey ahead,” said Hunt.