Raiders fall 4-3 to the Saskatoon Blades 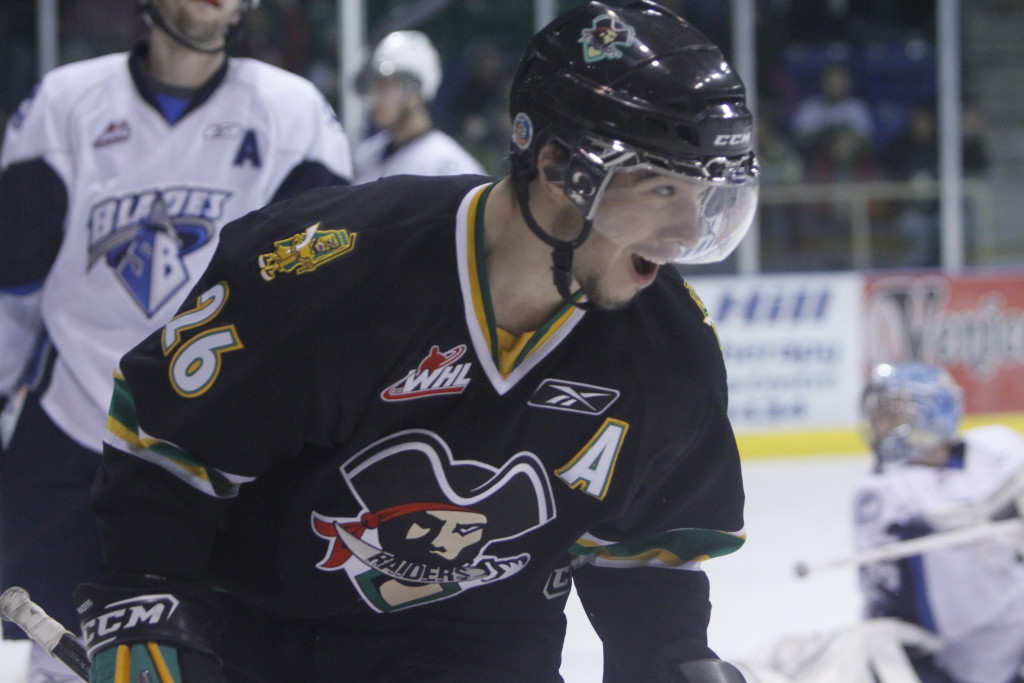 Prince Albert SK- The Prince Albert Raiders drop their first game of the second half of the season 4-3 against the Saskatoon Blades.

The Raiders were down 3-0 heading into the 3rd period against the Blades but would respond with three unanswered goals in four minutes in the final frame to tie the game at three.

It was a Justin Maylan power play goal that started the comeback at 1:57 of the third period. Maylan was able to control the rebound of the Antoine Corbin point shot and beat goaltender Steven Stanford just four seconds into the power play.

Andrew Herle would cut the lead to one with an exceptional individual effort. Herle skated in one on one with the Blades defender, faked a slap shot, went around the defenceman and wristed a shot on net. He was on the door step for his own reboud that he quickly fired back at Stanford which deflected off the post and onto the stick of Brandon Herrod. Herrod spun at the top of the faceoff circle and passed the puck back to Herle who was rewarded for his efforts with an easy tap in past Stanford making it 3-2.

The Raiders would complete the comeback and tie the game at three just under three minutes later when Mark McNeill made a between the legs backwards pass from the corner that found Brandon Herrod on the doorstep who was able to one time it past Stanford and tied the game at three.

That’s as close as the Raiders would get as the Blades would get the game winning goal at 8:52 of the third period, earning the 4-3 victory.

The Raiders head to Saskatoon tomorrow to wrap up the home and home series against the Blades and head to Regina on Saturday to take on the Pats.