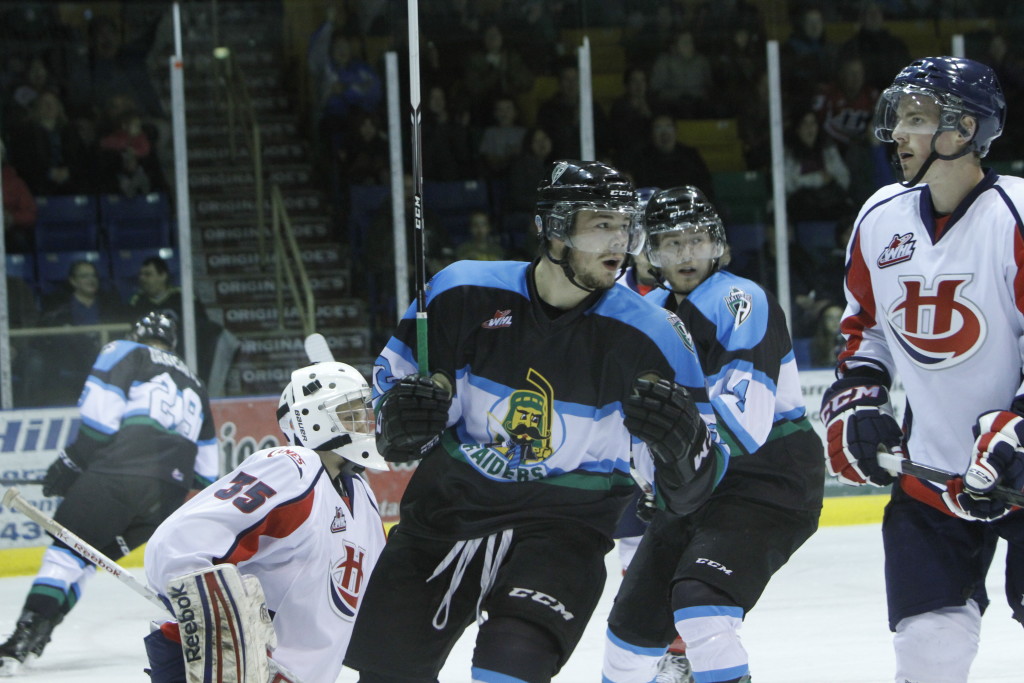 A key-part of the month-long drive were the one of a kind Farm World Movember jerseys the Raiders wore when they hosted the Lethbridge Hurricanes on November 23rd. The jerseys were auctioned off following the game, with proceeds going to the team’s Movember campaign.

The total amount raised was the most by any team in the Canadian Hockey League, and triple the next highest team in the WHL.

The Raiders would like to recognize the efforts of the Mofficials, a team of 150 junior hockey referees and linesmen from Western Canada who raised over $60,000 for Movember. The team included local WHL officials Bob Schrader, Javan Bexson and Troy Semenchuk.