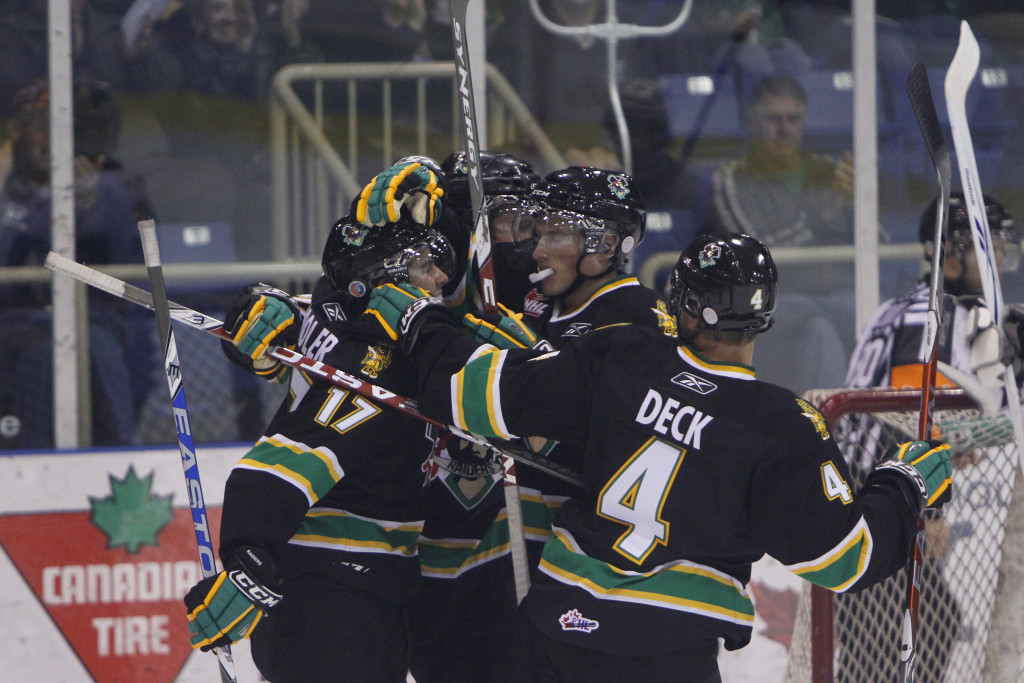 The Raiders rode three points performances from Sebastian Svendsen and Justin Maylan to a 5-4 victory on Sunday night.

After getting down 1-0 just three minutes into the game, it was Sebastian Svendsen getting his first of two goals of the game at 11:33 of the first period when he was able to one time a Justin Maylan pass from the corner past goaltender Dawson Guhle. Antoine Corbin got the go ahead goal six minutes later when his slap shot from the point beat Guhle to get the 2-1 lead heading into the second.

The Rebels would tie it at two with a power play marker at the midway point of the second period. Svendsen would get his second of the game when he was on the doorstep to tap in the rebound of a Justin Maylan shot on net to give the Raiders a 3-2 lead heading into the third.