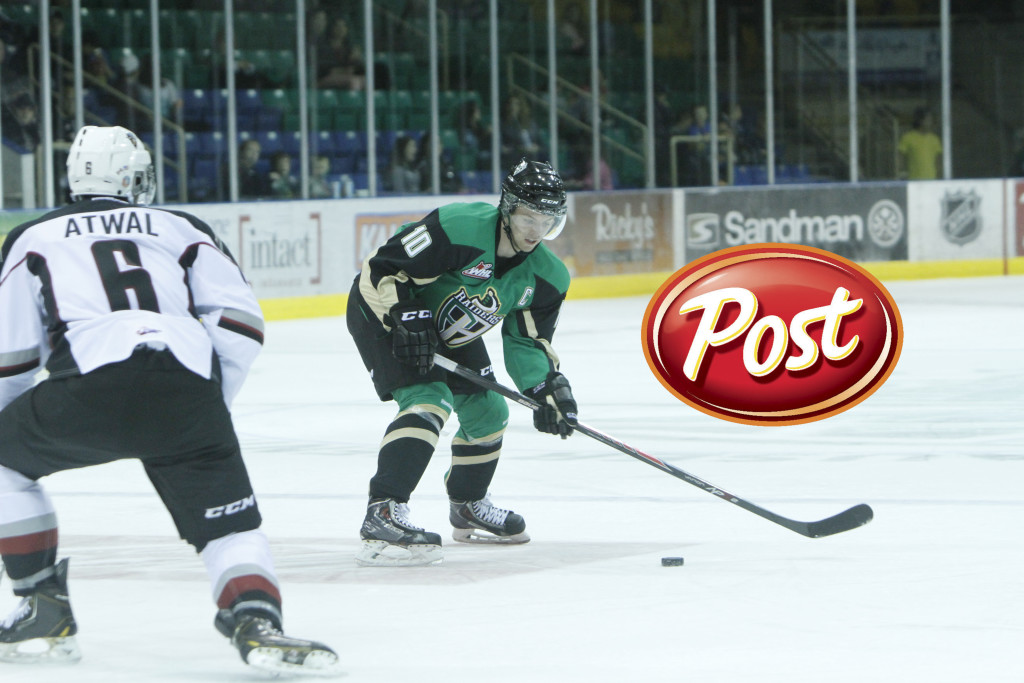 On Tuesday, December 10, the Prince Albert Raiders’ own Josh Morrissey will be on hand at the Prince Albert Share A Meal Food Bank to speak to media, greet fans and announce Post Foods Canada’s donation of 10 cases of Family Size Honey Shreddies to help local families in need. The appearance and donation is part of the collaboration between Post Foods Canada and the Canadian Hockey League (CHL) to bring junior hockey’s stars to breakfast tables across the country.

With 52 Canadian teams and a fan base of over eight million, the CHL and its member leagues enjoy a popularity in Canada that is unrivaled by professional sport. Each year, more fans attend WHL, OHL and QMJHL games than all Canadian NHL, CFL and MLB teams combined.