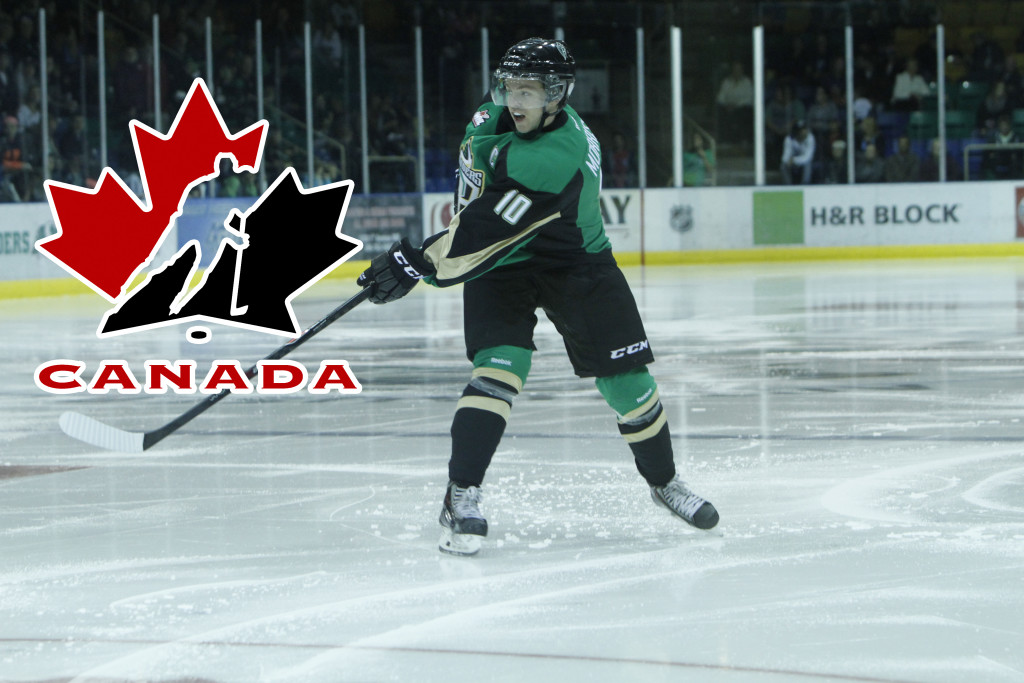 Morrissey leads all WHL defencemen in goals this season, with 13, as well as sitting third overall in points, with 32 in 26 games. The Calgary, Alberta product is also tied for the league lead in power play goals by a defenceman, scoring 8 times with the man advantage, as well as leading the Raiders in plus/minus with a plus-11 rating.

A first round draft pick, 13th overall, by the Winnipeg Jets at the 2013 NHL Entry Draft, Morrissey recently served as an assistant captain for Team WHL in the 2013 Subway Super Series, earning a team high plus-3 rating.

Morrissey has already built a resume of international experience, starting as a member of team Pacific at the 2012 World Under-17 Challenge before playing as an underage player at the 2012 World Under-18 Championships. Last year, Morrissey once again wore the Red and White at the World under-18’s, helping Canada to a gold medal with a tournament high plus-10 rating and tied for the defenceman scoring title in the tournament with 7 points. He followed up by recording 9 points in 5 games for Canada at the Ivan Hlinka Memorial tournament en route to a second gold medal.

Morrissey is expected to depart for the camp following the Raiders game against the Edmonton Oil Kings on December 11th.