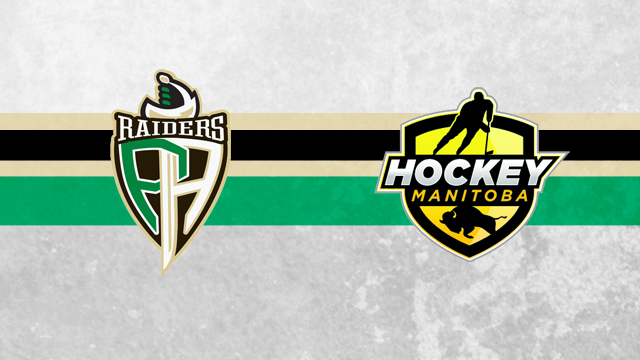 The U-16 program will host a skills camp in early July followed by a prep camp later in August. The skills camp will entirely focus on further developing individual player skills and tactics along with fitness testing and training. The prep camp held in August, just prior to the start of the 2015-16 try-out season, will feature more team tactics and systems with more competitive ice sessions and inter-squad games.

A total of thirty (30) players have been named to the U-16 POE Development Camp roster featuring a breakdown of four (4) goalies, ten (10) defensemen, and sixteen (16) forwards.

Kirk was selected by the Raiders in the fifth round, 97th overall, in the 2015 WHL Bantam Draft. The defenceman from Swan River, MB played this past season with the Parkland Rangers Bantam AAA team. In 32 games, Kirk recorded 12 goals and 23 assists for 35 points.

Nachbaur was picked by Prince Albert in the seventh round, 142nd overall, in this year’s WHL Bantam Draft. The forward from Cross Lake, MB spent the 2014-15 campaign with the Winnipeg Warriors Bantam AAA team where he scored 23 goals and 22 assists for 45 points in 30 games.

The Raiders are seeking volunteers for the 2015-16 season. To become part of the Raiders family and find out more information, please Michael Scissons at scissons@raiderhockey.com.