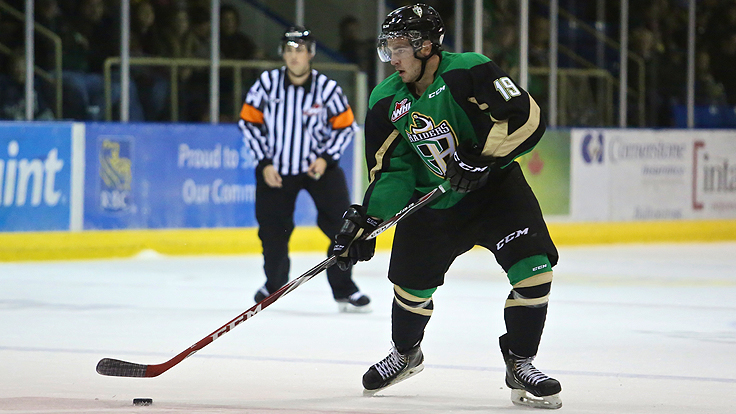 Regina, SK – Fresh off a stint at Vancouver Canucks Rookie Camp, Reid Gardiner scored the game-winning goal in the third period to lead the Prince Albert Raiders to a 5-2 win over the Regina Pats at the Brandt Centre on Wednesday night.

Searching for their first win of the pre-season, the Raiders managed to rally off four unanswered goals, including three in the third period, to knockoff the Pats. Prince Albert also entered the game aiming to shore up their penalty kill – which they did – as they went a perfect seven-for-seven while down a man.

The win improves the Raiders record to 1-4-0-0 in the pre-season, while the Pats fall for the fourth-straight game and drop to 1-5-0-0. The Raiders play their next game on Friday, September 18 as they welcome the Regina Pats to the Art Hauser Centre. Puck drop is 7:00 PM.