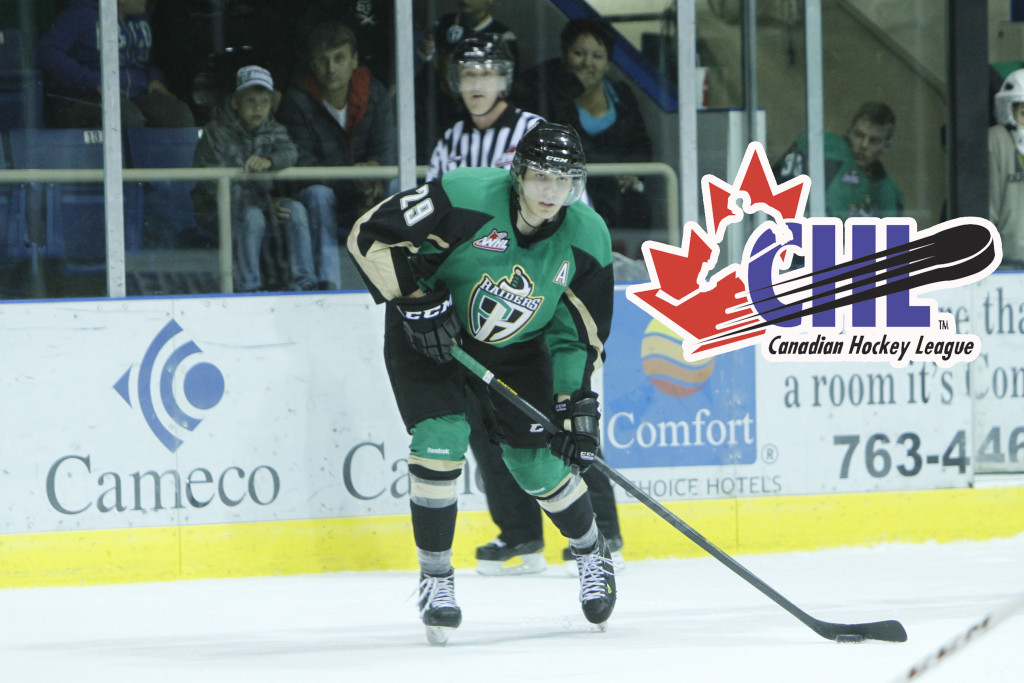 Yesterday, Draisaitl was named the Denny’s WHL Player of the Week honours, becoming the first Raider to earn the distinction this season.

On Friday, November 29th, Draisaitl scored the game-tying goal and game-winning goal in overtime while adding an assist and being named the game’s 1st Star in a 7-6 come-from-behind win over the Pats in Regina, SK.

On Saturday, November 30th, Draisaitl scored twice and set up two more, including the tying goal at 19:48 of the third period and the game-winner just 18 seconds into overtime, and earned 2nd Star honors in a 5-4 victory over the Wheat Kings in Brandon, MB.

The 18-year-old from Cologne, Germany currently leads the Raiders in scoring, and sits tied for 6th in the WHL with 42 points on 15 goals and 27 assists in 28 games. His game-winning assist on Saturday was his 100th point as a Raider in 92 career games.