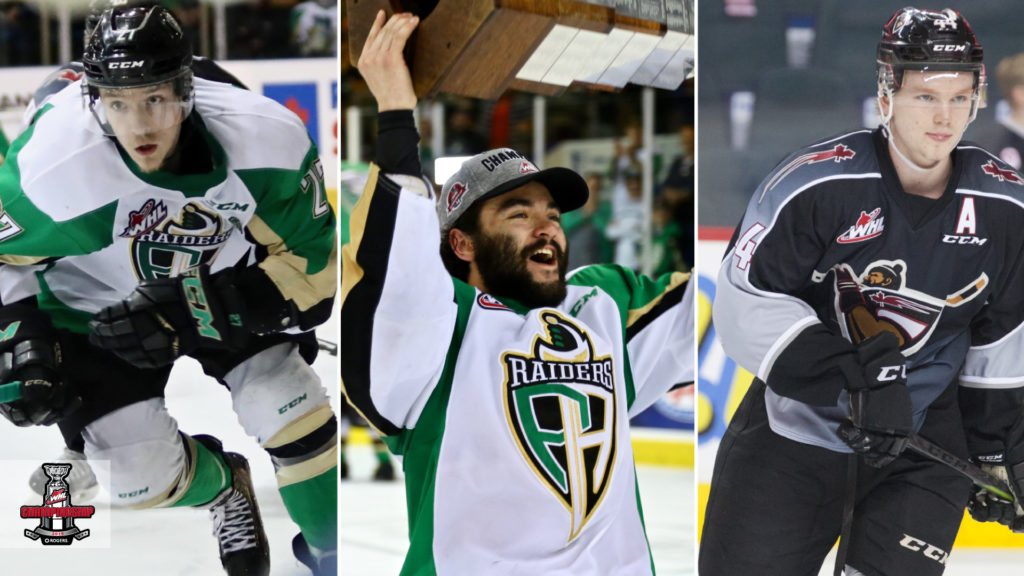 The Western Hockey League is pleased to announce the WHL Three Stars for the 2019 Rogers WHL Championship Series.

1. Parker Kelly, Prince Albert Raiders: The Ottawa Senators prospect led all players in scoring during the 2019 Rogers WHL Championship Series with 10 points (4G-6A) and a plus-seven rating as the Raiders captured their first WHL Championship since 1985. Kelly recorded five multi-point games throughout the seven-game series, including a pair of two-goal efforts.

2. Dante Hannoun, Prince Albert Raiders: The overage forward for the Raiders provided nine points (5G-4A) and a plus-five rating in seven games. Hannoun’s highlight of the series came as he scored the game-winning goal in Game 7 to secure the team’s second WHL Championship in team history. Hannoun recorded points in five of the seven games during the series, including three multi-point efforts.

Hannoun scored a goal in each of the first three games in the series, adding goals in Game 5 and Game 7. Hannoun’s goal in Game 1 snapped a six-game goalless streak, but he quickly became one of the best players in the championship series for the Raiders. Hannoun led all players in the 2019 WHL Playoffs with 14 goals.

Byram recorded points in four of the seven games throughout the series with a pair of multi-point efforts. His four-assist performance in Game 1 highlighted a strong start by the Canadian Hockey League’s top-ranked prospect for the 2019 NHL Draft. Following an assist in Game 3, Byram posted a goal and an assist in Game 5 before earning a single helper in Game 7. 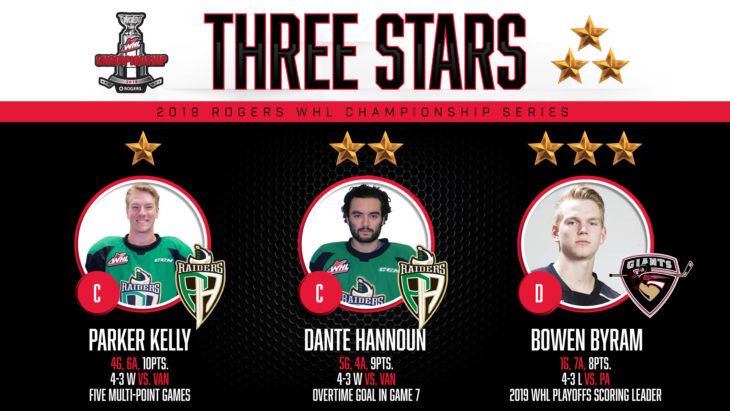