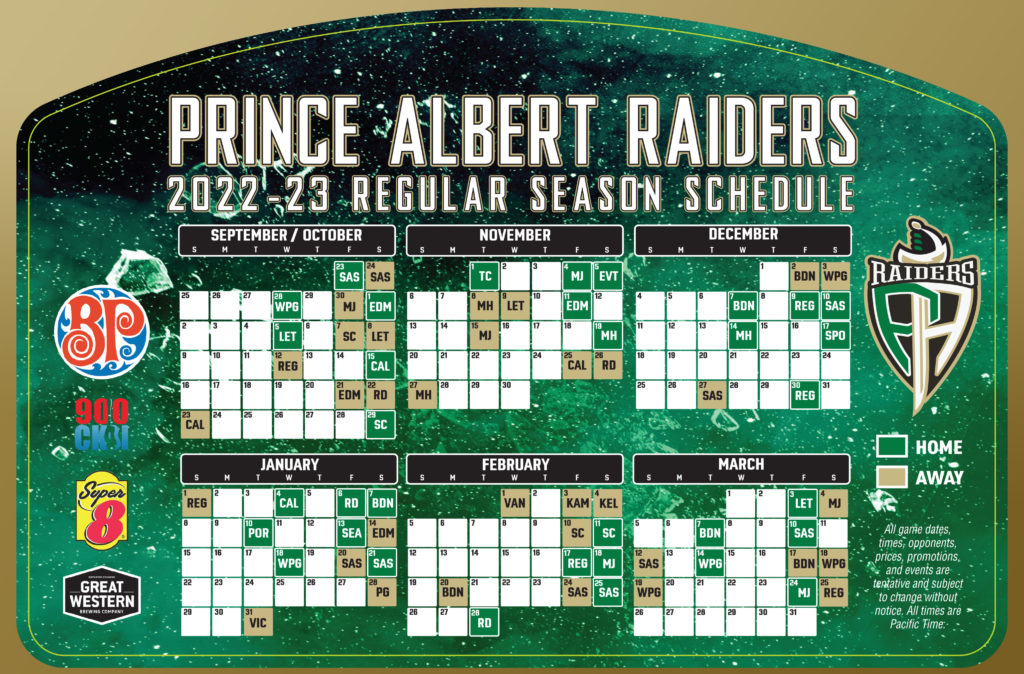 In addition to announcing the home schedule for the 2022-23 regular season, the Prince Albert Raiders are excited to announce their full regular season schedule, which was announced on Tuesday afternoon by the Western Hockey League.

The schedule contains all of Prince Albert’s home and away games, including the first road trip to B.C. in over four years.

The Raiders have two lengthy road trips, with the first falling from November 25th-December 3rd, with trips to Alberta and Manitoba. Here are the dates for the five game road swing:

This season will mark Prince Albert’s first visit to the B.C. Division since Game 5 of the WHL Final against the Vancouver Giants on Friday, May 10th, 2019. The Raider’s last regular season visit to the B.C. Division came way back on Saturday, January 26th, 2019 (a 7-3 win over the Kootenay Ice). Prince Albert will travel to Prince George for a meeting with the Cougars to kick off their B.C. road swing on January 28th, marking the first time in just over four years (1,463 days) that the Raiders play a regular season game in B.C.

Here are the dates for Prince Albert’s B.C. road trip:

The 2022-23 campaign also features ten games against the Saskatoon Blades, which begins with our home opener on September 23rd, and the last meeting falling on March 12th in Saskatoon.