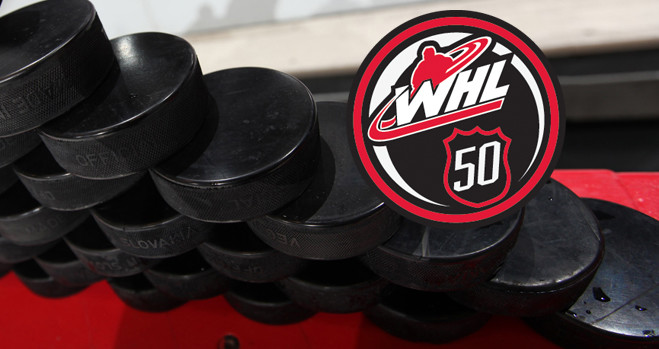 Vancouver, BC – The Western Hockey League concluded its Annual General Meeting today in Vancouver, highlighted by a decision to move to hybrid icing for the 2016-17 WHL season and the installation of new video replay systems in all WHL facilities.

This second decision must be made no later than the instant the first of the players reaches the end zone faceoff spots, although the decision can be made earlier. The skates of the skaters are the determining factor.

Video Replay Systems
The WHL also announced that new video replay systems provided by Hawk-Eye Innovations will be installed in all WHL facilities in time for the start of the 2016-17 season. Hawk-Eye, also the supplier of video replay technology to the NHL and Major League Baseball, will provide WHL Video Goal Judges with improved capabilities for all video review situations.

Puck Off Skates Rule Clarification
The WHL also clarified the rule regarding pucks off players’ skates which enter the net. The clarification states that, unless the puck is in the goal crease, a puck that enters the net off of a player’s skate shall be ruled a goal. This will eliminate the need for a decision by the referee and/or video goal judge as to whether it was a distinct kicking motion or not.

Bruce Hamilton Re-elected
WHL Chairman of the Board Bruce Hamilton was re-elected to a new two-year term by the WHL Board of Governors. Hamilton (Kelowna Rockets) is the longest serving Chairman in WHL history, having held the position since 2008 as well as from 1998 to 2004.

Review of WHL’s 50th Season
Additionally, the WHL Annual General Meeting included an in depth review of this past season as a whole. Topics included a review and highlights of the WHL’s historic 50th Season, initiatives such as the Top 50 WHL Players of All-Time and the successful hosting of the 98th MasterCard Memorial Cup in Red Deer as well as every major CHL event.

The WHL recently announced its partnership with the Canadian Mental Health Association alongside the CHL for the Talk Today program. Also discussed at the WHL Annual General Meeting was the implementation strategy for the Talk Today program across the WHL this fall. Talk Today is a proven mental health education program that will help players and team staff identify and deal with mental health issues. It will be implemented by all 60 CHL teams for the 2016-17 season.