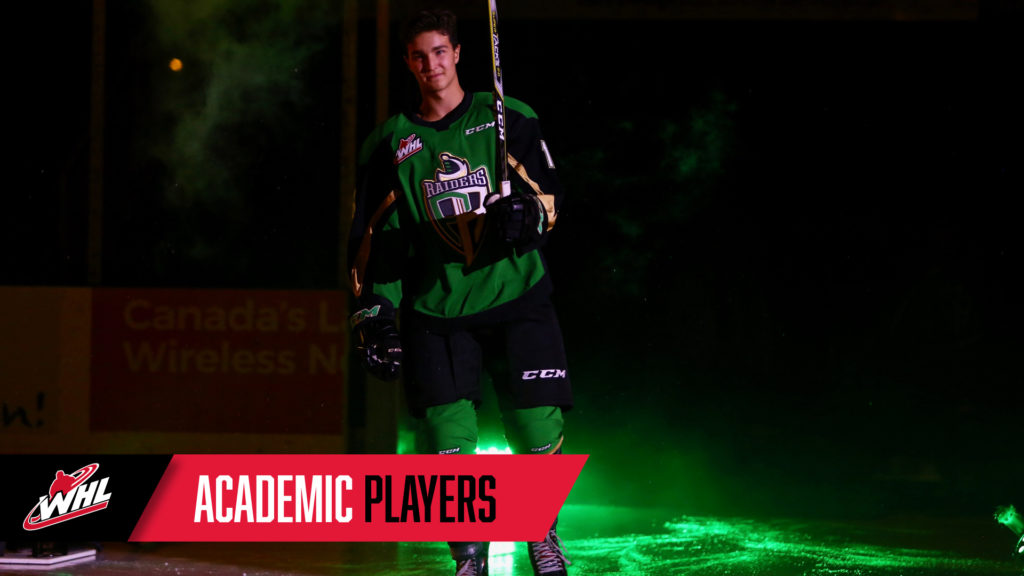 During the months of November through February, each of the WHL’s 22 member Clubs will name an Academic Achiever, as selected by the Club’s Education Advisor. Each month, one WHL Division will have its Academic Achievers celebrated in the Academic Spotlight:

“Jakob is an outstanding Grade 11 student who has excelled in his academic studies this year,” said Geraldine Arpin, Education Advisor for the Raiders. “His work ethic, maturity, and diligence to his class work make him an exemplary leader for those around him.”

Brook has been part of a strong rookie class playing a part in the success of the league-leading Raiders, recording seven points (4G-3A), including one short-handed goal, in 36 games with the Raiders. Jakob is also the brother of Moose Jaw Warriors captain Josh Brook and Medicine Hat Tigers defenceman Aidan Brook. 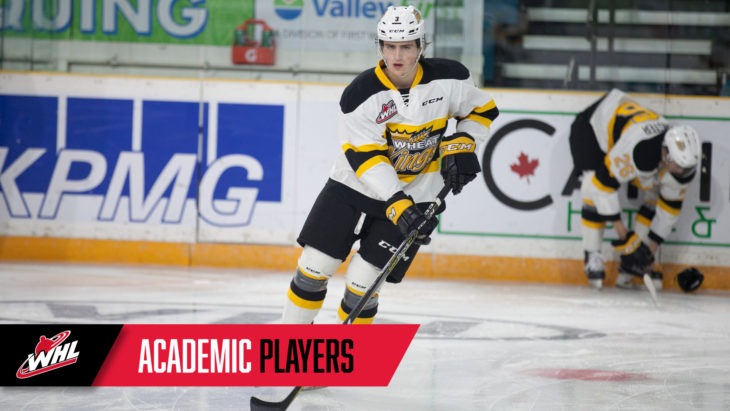 “Johnny is a mature and responsible student,” said Glenda Zelmer, Education Advisor for the Wheat Kings. “His leadership on the ice reflects his approach in the classroom”
In 25 games this season, Lambos has recorded a pair of assists. A product of the Rink Hockey Academy Prep program in the Canadian Sport School Hockey League, Lambos posted 28 points (5G-23A) in 36 games during the 2017-18 CSSHL Regular Season. 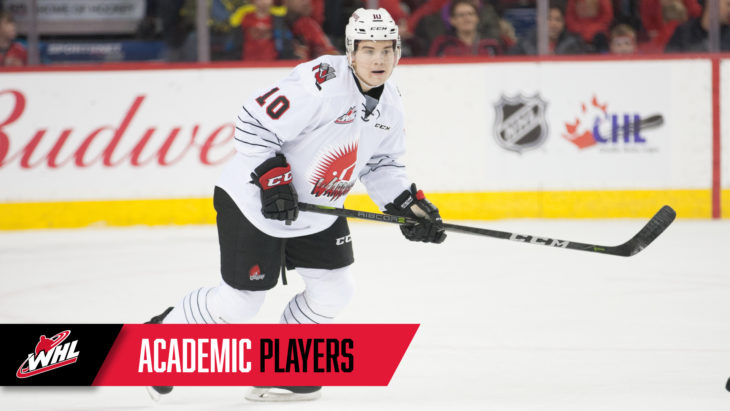 “Daemon is a conscientious student; one who advocates for learning and contributes positively to class discussion,” noted Rose Mary Hartney, Education Advisor for the Warriors. “He carefully ensures to understand every concept and asks questions when he doesn’t understand. He is proud of his work and submits quality assignments.”

Hunt is also excelling on the ice with the Warriors, posting 16 points (4G-12A) in 35 games this season, giving him 18 points (5G-13A) in 44 games for his WHL career. Hunt recently participated in the 2018 World Under-17 Hockey Challenge, playing with Canada Black. 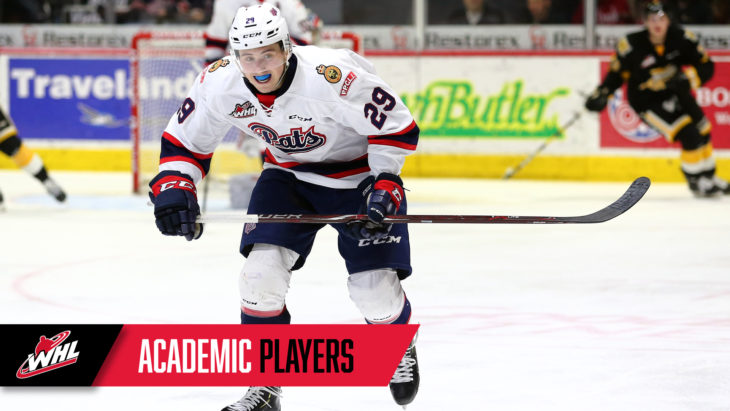 Logan Nijhoff, Regina Pats: Second-year forward Logan Nijhoff, a 17-year-old product of Comox, B.C., is thriving in the classroom at Michael A. Riffel Catholic High School in Regina, succeeding in English Language Arts, Chemistry, and Pre-Calculus at the Grade 12 level.

“Logan’s ability to balance his academic and hockey commitments is a direct result of his work ethic, determination to succeed, and time-management skills,” said Dwayne Hinger, Education Advisor for the Pats. “It gives me great pleasure to know and work with him.”

The second-year forward has appeared in 40 games this season recording 11 points (3G-8A) and has 17 points (6G-11A) in 70 WHL regular season games with the Pats. 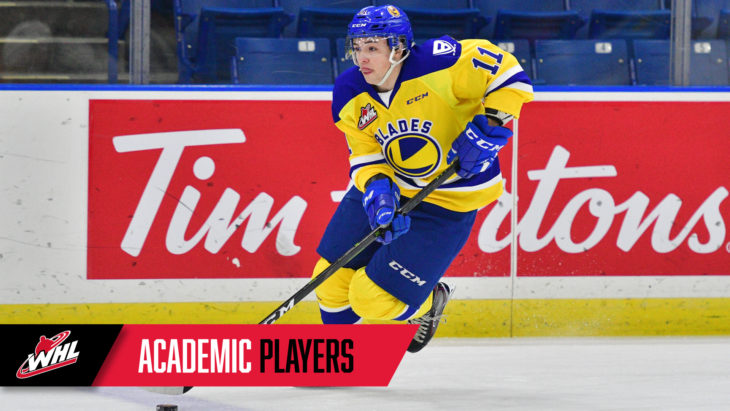 “Tristen is a hard-working, self-motivated student,” said City Park vice-principal Tommy Williams. “He makes school a top priority and his commitment to his classes is reflected in his work.”

As Robins has excelled in his first full season at the WHL level, so to have the Blades, ranked third overall in the entire WHL. In 45 games with the Blades, Robins has 13 points (6G-7A) this season after recording a single assist in four games last season. He presently sits second in rookie scoring on the Blades. 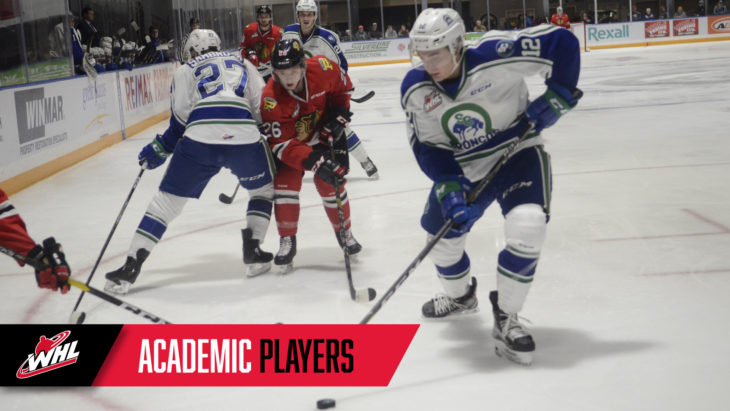 “Eric is a determined and diligent student; he is always prepared and engaged in his classes,” said Tracey Martin, Education Advisor for the Broncos. “Eric also shows maturity in how he balances his schoolwork and his time on the ice.”

Playing with the defending WHL Champion Broncos, Houk has three points (2G-1A) in 28 games and scored the first goal of his WHL career on October 5, 2018 against his hometown Regina Pats. 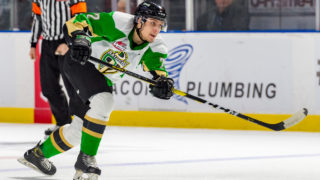 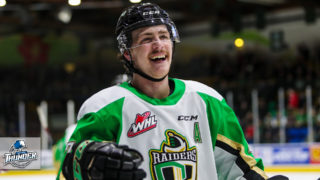