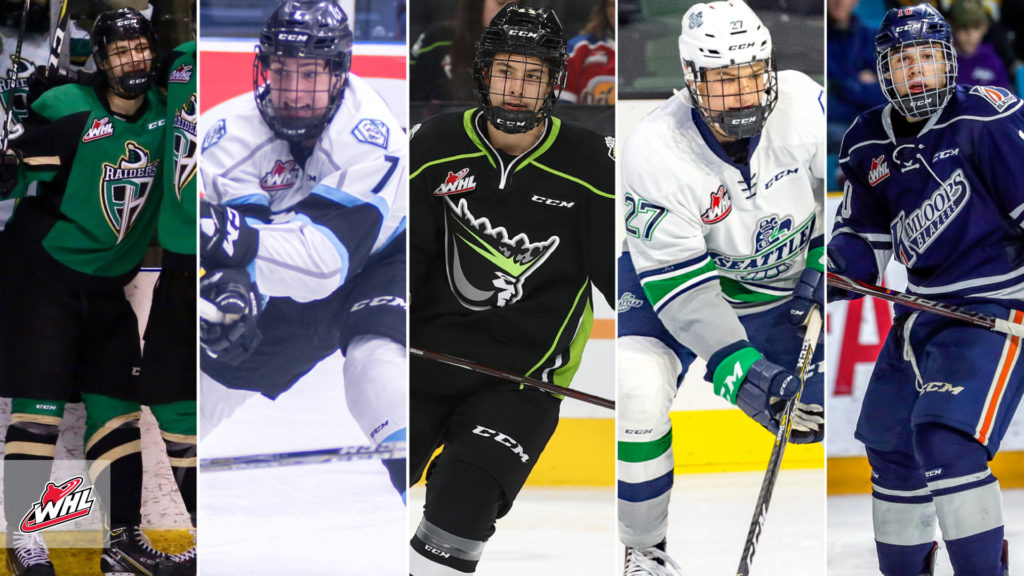 Calgary, Alta. – The Western Hockey League announced today that 78 WHL prospects will compete in the men’s hockey event scheduled for February 15 to February 22 at the 2019 Canada Winter Games in Red Deer.

Four Prince Albert Raiders prospects will be representing their respective provinces at the upcoming tournament. Defenceman Nolan Allan and forward Logan Linklater will suit up for Saskatchewan; Forward Tyson Laventure will play for Team Alberta; and defenceman Tayem Gislason will play for Team Manitoba.

Saskatchewan will be represented by the most WHL prospects, with 20 players donning the green and gold. Both Alberta and British Columbia will carry 19 WHL prospects each, while Manitoba is boosted by 17 WHL prospects. A pair of WHL prospects will represent the Northwest Territory, with one more competing on behalf of the Yukon.

All 22 WHL Clubs will enjoy representation at the 2019 Canada Winter Games, with the Edmonton Oil Kings and Victoria Royals leading the charge with six prospects each. The Brandon Wheat Kings, Kamloops Blazers, Kelowna Rockets and Spokane Chiefs will each send five prospects to this year’s national tournament.

Every event at the 2019 Canada Winter Games will be streamed either live or on-demand at CanadaGames.Live. Coverage of the men’s hockey gold medal game will be provided by TSN.