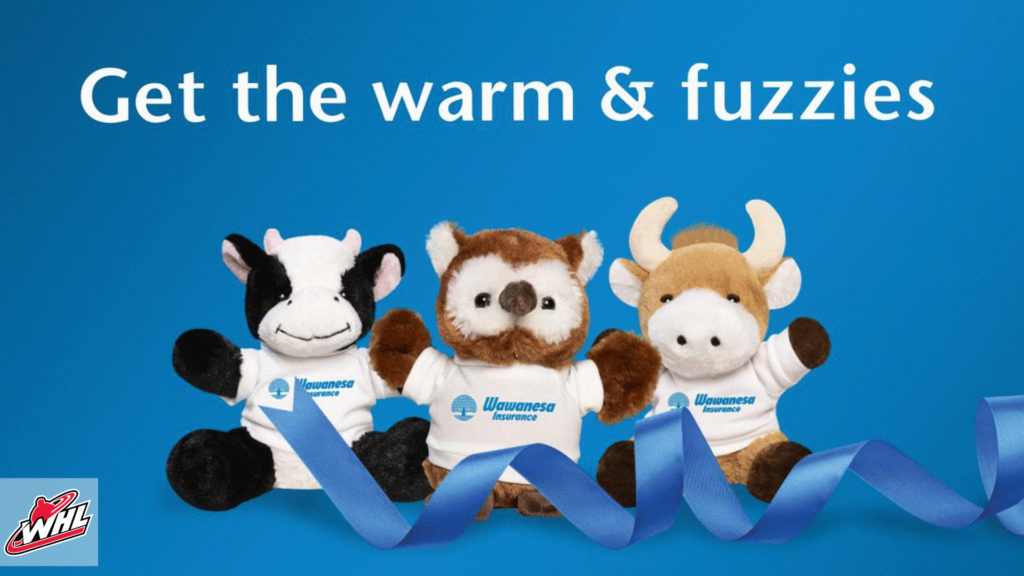 Whether unwrapping a teddy bear, a fire truck or a stethoscope, there’s nothing like making kids smile during the holidays. This year, Wawanesa Insurance is teaming up with local charities, the Canadian Hockey League (CHL) and independent insurance brokers to host holiday toy drives across Canada.

The Raiders host their Wawanesa Toy Drive night in support of the Optimist Club of Prince Albert on Wednesday, December 11 against the Medicine Hat Tigers. Tickets are available here.

Wawanesa Insurance is encouraging Western Hockey League fans to get the warm and fuzzies by donating a new and unwrapped toy at an upcoming Wawanesa Toy Drive game (listed below). As a special thank you for your donation, Wawanesa and the CHL will enter all toy donors into a Grand Prize draw for a trip for two to Kelowna for this year’s Memorial Cup Presented by Kia.

If someone is unable to bring a toy to the game, Wawanesa has partnered with local insurance brokers to provide people with convenient toy drive drop-off locations. View all broker locations and learn more about the Wawanesa Toy Drives, including full contest rules, by visiting: wawanesa.com/toydrive.

Wawanesa Insurance is the Official Auto and Home Insurer and proud partner of the CHL and WHL.