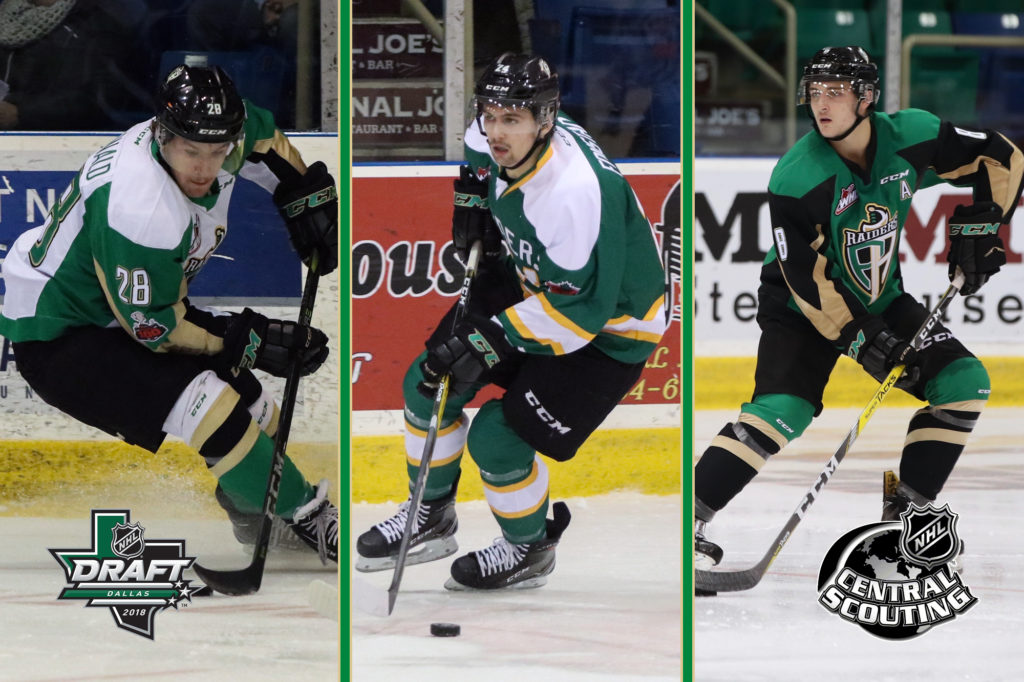 Fonstad was the highest Raider on the list, coming in at 65th overall. The Estevan product moved up 13 spots from his midterm ranking. In his second full season in the WHL, the soon-to-be 18-year-old set new career highs with 21 goals and 52 assists in 72 games.

Not featured in the Players To Watch list at the beginning of the season, Fonstad earned a spot in the 2018 Sherwin-Williams CHL/NHL Top Prospects Game in January. He was also named to a Team Canada roster for the first time in his career as he will take part in the 2018 U18 World Hockey Championships, beginning on Thursday morning.

McDonald was the 178th ranked North American skater. The Lethbridge, AB product has 15 goals and 15 assists in 33 games since being acquired by the Raiders prior to January’s WHL Trade Deadline from the Prince George Cougars. He finished the year with 34 goals and 32 assists in 68 total games.

Previously, McDonald spent time at the Montreal Canadiens’ development camp in 2016 and was an invitee on the Winnipeg Jets YoungStars Tournament roster last off-season.

Pachal was the final Raider, ranked at 200th overall. In his first full season with the Raiders, the defenceman from Estevan had seven goals and 19 assists in 68 games played.

Last summer, Pachal was invited to take part in the Ottawa Senators’ development camp in July.

Both McDonald and Pacahl were unranked in the midterm rankings released in January.

This year’s NHL Draft will take place on June 22 and 23 at the American Airlines Center in Dallas.