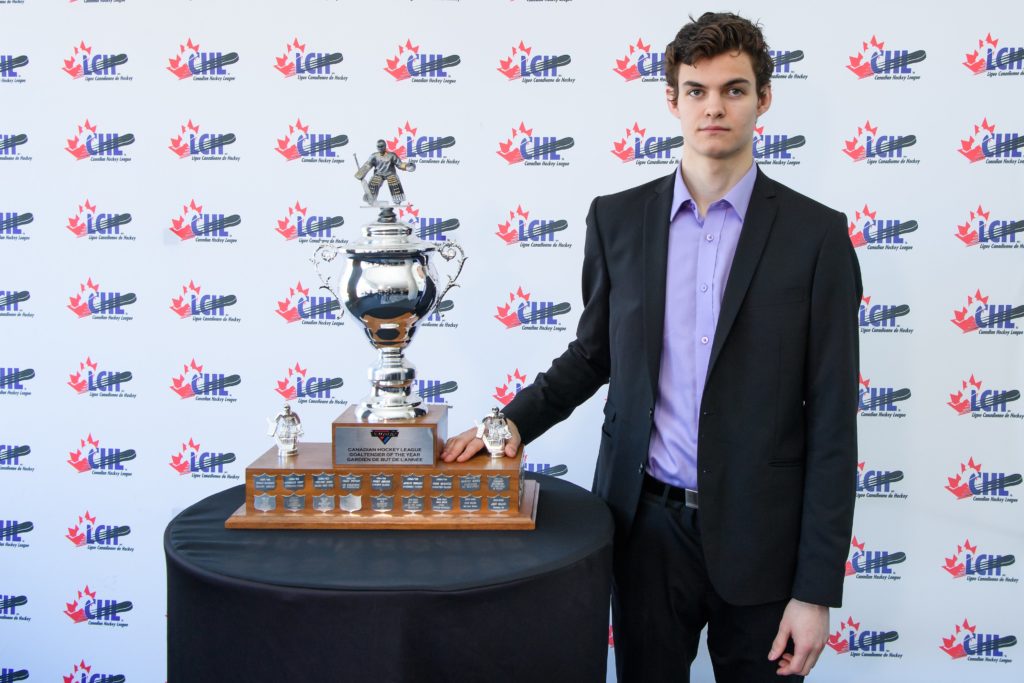 On Saturday, Scott was named the Vaughn Goaltender of the Year at the 2019 CHL Awards Ceremony held in Halifax, NS during festivities at the 2019 Memorial Cup Presented by Kia.

Scott was nominated with Ukko-Pekka Luukkonen of the OHL’s Sudbury Wolves and Samuel Harvey of the QMJHL’s Rouyn-Noranda Huskies.

The Toronto Maple Leafs prospect kept up his stellar play during the 2019 WHL Playoffs. Posting a 16-6-1 record, Scott led the WHL in the post-season with a 1.96 goals-against average, 0.925 save percentage, and five shutouts. He also made 570 saves during the WHL Playoffs to lead the league.

His play during the playoffs earned Scott the award for Most Valuable Player of the 2019 WHL Playoffs.

Season tickets for the 2019-20 are now on sale at the Raider Office in the Art Hauser Centre. The early-bird deadline is Friday, June 28. For more information, visit raiderhockey.com.