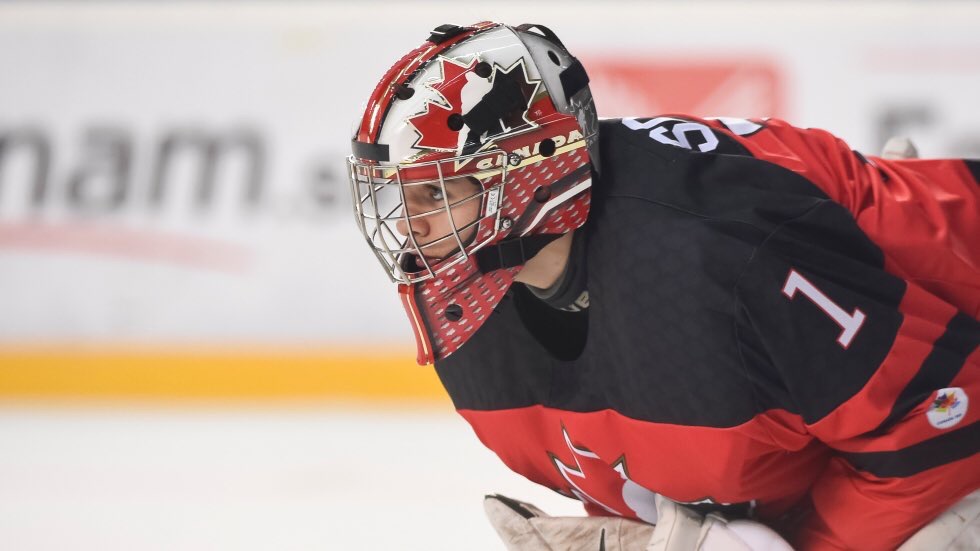 This is the third consecutive year Scott has been invited to take part in the camp. He is one of seven Under-20 goaltenders heading to camp in Calgary from this weekend.

Last year, Scott was one of eight Under-18 goaltenders invited to the camp, leading to appearances on Canada’s Ivan Hlinka Memorial Cup Roster last summer and the 2017 IIHF World Under-18 Championship team in March. At the World Championship, Scott played in five of Canada’s games, finishing with a 2-2 record and a 4.02 goals-against average.

“For the past 11 years, this goaltending camp has allowed us to monitor, evaluate and continue to develop elite-level players in a short amount of time,” said Scott Salmond, Hockey Canada’s vice-president of hockey operations and men’s national teams. “Some players have just ended their seasons, but the opportunity to scout them all season and through this camp, we’re able to look ahead and plan for our development and selection camps with the talent we have.”

Scott completed his second full season with the Raiders. He has a career record of 25-40-5-0 to go along with a 3.54 goals-against average and a 0.894 save percentage. Scott also has three career shutouts.