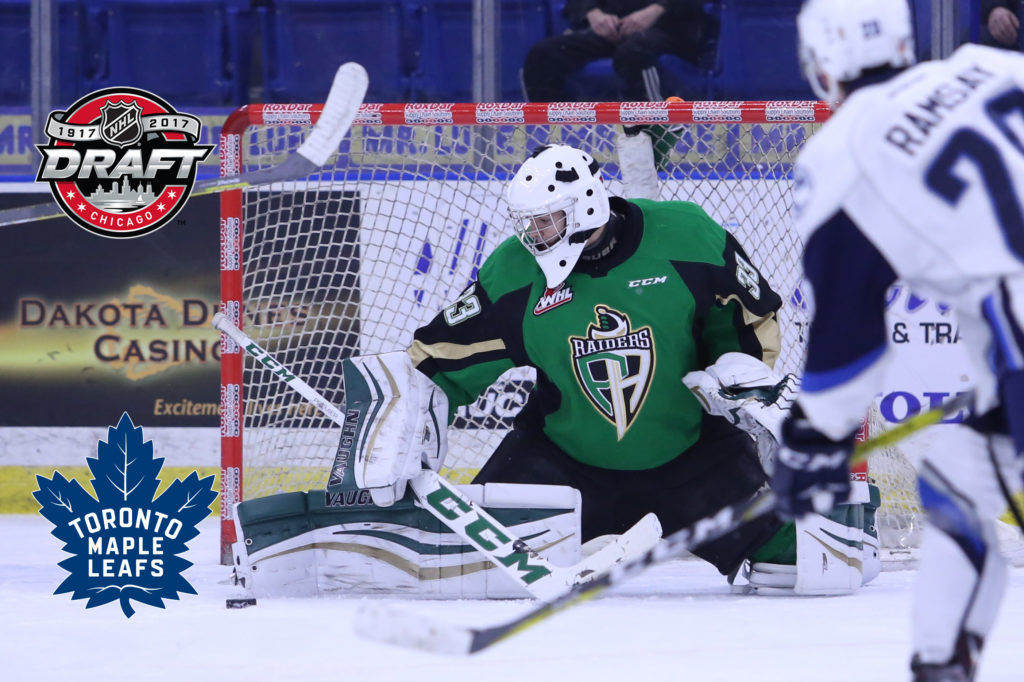 Chicago, IL – Prince Albert Raiders goaltender Ian Scott is used to wearing the maple leaf. In the future, it will be a different colour.

On Saturday morning at the United Center, Scott was picked by the Toronto Maple Leafs in the fourth round (110th overall) of the 2017 NHL Draft.

Dream come true! Extremely excited to be drafted by the @MapleLeafs! Could not have done it without the support of family and friends! #6ix

Scott was drafted ninth overall by the Raiders in the 2014 WHL Bantam Draft. The 18-year-old goaltender has a 25-40-5-0 record with three shutouts in two seasons with the Raiders, posting a 3.54 goals-against average and a 0.894 save percentage.

Just a taste of what @MapleLeafs fans can expect with @IceScott99! pic.twitter.com/nQ5N8xnpLs

The Calgary product has also represented Canada on the international stage. He has donned the maple leaf at the 2017 IIHF U18 World Championship, the 2016 Ivan Hlinka Memorial Cup, and the 2015 World Under-17 Hockey Challenge where he backstopped Canada White to a gold medal win.

Scott is the first Raiders goaltender to be drafted since Rejean Beauchemin was picked by the Philadelphia Flyers in the 2003 NHL Draft.