Scott Nominated for Vaughn Goaltender of the Year Award 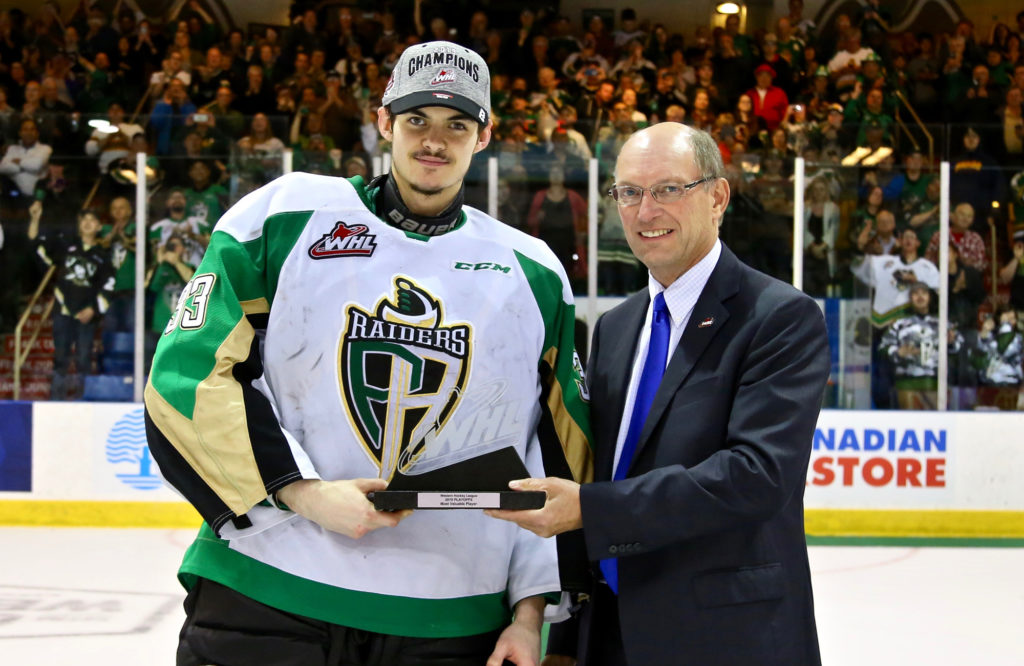 Toronto, ON – The Canadian Hockey League has announced the nominees for the 10 major awards that will be presented at the annual CHL Awards Ceremony which takes place on Saturday, May 25 as part of the 2019 Memorial Cup presented by Kia festivities in Halifax.

Ian Scott has been nominated for the 2018-19 Vaughn Goaltender of the Year.

The Calgary, AB product was this year’s winner of the Del Wilson Memorial Trophy as WHL Goaltender of the Year after posting a 38-8-1-2 record in 49 games played, while placing second in the WHL in goals-against average (1.83) and save percentage (0.932). He led the WHL with eight shutouts.