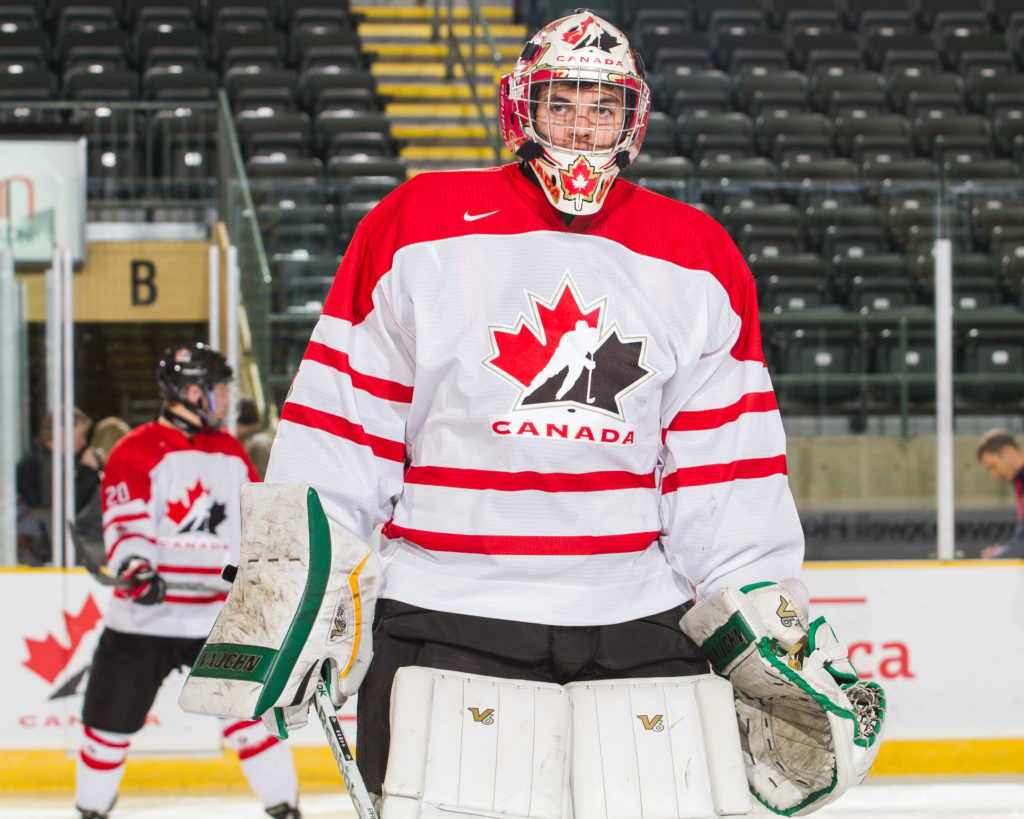 On Monday afternoon, Scott was one of the first six players named to Hockey Canada’s pre-tournament camp roster for the 2017 IIHF U18 World Championship, which runs from April 13 to 23 in Slovakia. The camp will be held in Etobicoke, ON this week.

“We felt it was important to start putting the pieces together and having the players on the ice as we assemble and start building a strong base for the group that will eventually be the one to wear the red-and-white at this year’s U18 world championship,” said Ryan Jankowski, Hockey Canada’s director of player personnel in a release. Jankowski is responsible for leading the player selection process, with input from head coach Darren Rumble (Barrie, Ont./Moncton, QMJHL), assistant coaches Steve Hamilton (Edmonton/Edmonton, WHL) and Stéphane Julien (Shawinigan, Que./Sherbrooke, QMJHL), and goaltending consultant Fred Brathwaite (Ottawa/Hockey Canada).

Scott is no stranger to Hockey Canada events. Last summer, the 18-year-old netminder was named to the 2016 Ivan Hlinka Memorial Cup. In 2015, Scott helped Canada’s Team White to a gold medal victory at the 2015 World Under-17 Challenge.

The Calgary, AB product featured in 50 games for the Raiders this season, posting a 3.69 goals-against average and a 0.895 save percentage. Scott – who is eligible for the upcoming 2017 NHL Draft – was the highest ranked goaltender in the WHL by NHL Central Scouting, coming in second amongst all North American puck stoppers.

Season tickets for the 2017-18 season are now available at early bird pricing for a limited time. For more information, visit the Raider Office or call 306-764-5348 during office hours from Monday to Friday between 9 a.m. and 5 p.m.

Tickets for the 2017 Clunie-Cooper Memorial PBR on Friday, May 5 and Saturday, May 6 are also now available, starting at $25. Tickets are available here or by visiting the Raider Office.