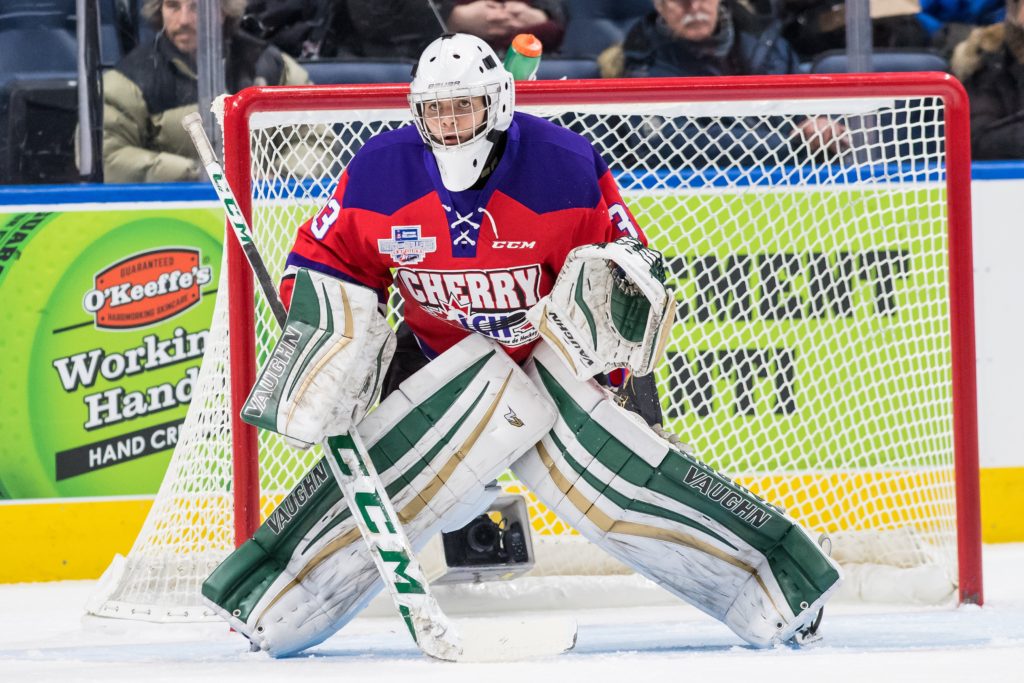 On Tuesday, Scott was ranked 40th overall on the TSN Mid-Season Rankings for this summer’s draft in Chicago, IL. The Calgary product is the third highest goaltender on the rankings and was described by TSN’s Bob McKenzie and the surveyed scouts as being “amongst the upper echelon stoppers in the draft.”

At the Top Prospects Game, Scott got the start for Team Cherry and stopped 13 of 17 shots faced in his 31 minutes of ice time. At the Sport Testing Combine prior to the game, Scott finished second in the broad jump category.

Scott and the Raiders host the Red Deer Rebels at the Art Hauser Centre on Friday night. Puck drop is 7 p.m. Tickets are available here, the Raider Office or by calling 306-764-5348.