Scott Heading Back to Hockey Canada Program of Excellence Camp 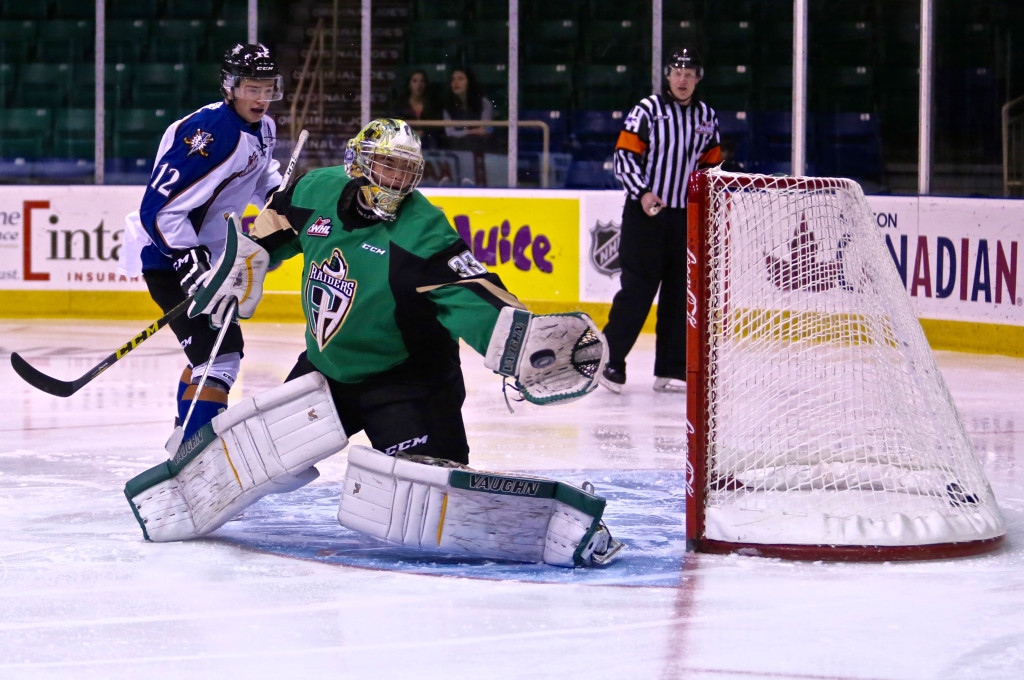 Scott is one of eight Under-18 goaltenders invited to the camp with the hopes of making Canada’s National Men’s Summer U18 team.

This is the second consecutive year Scott will be attending the camp. He was one of 18 netminders to take part in the Under-17 section last off-season.

“The Program of Excellence Goaltending Camp has allowed us to develop our top talent – both on and off the ice – using world-class goaltending instructors from across North America,” said Scott Salmond, Hockey Canada’s vice-president of hockey operations and men’s national teams. “The line-up of instructors are able to breakdown each goalie’s game, sharpen their skills and give them every opportunity to develop their talent and grow as a player.”

In his first full season with the Raiders, Scott posted a 13-9-2 record with a 3.24 goals-against average and a 0.892 save percentage. He also posted one shutout in his 26 games. Last year, Scott represented Canada at the 2015 World Under-17 Hockey Challenge. He backstopped Team White to a gold medal, including a 21-save performance in the final.