Rhinehart To Represent Canada At World U17 Challenge 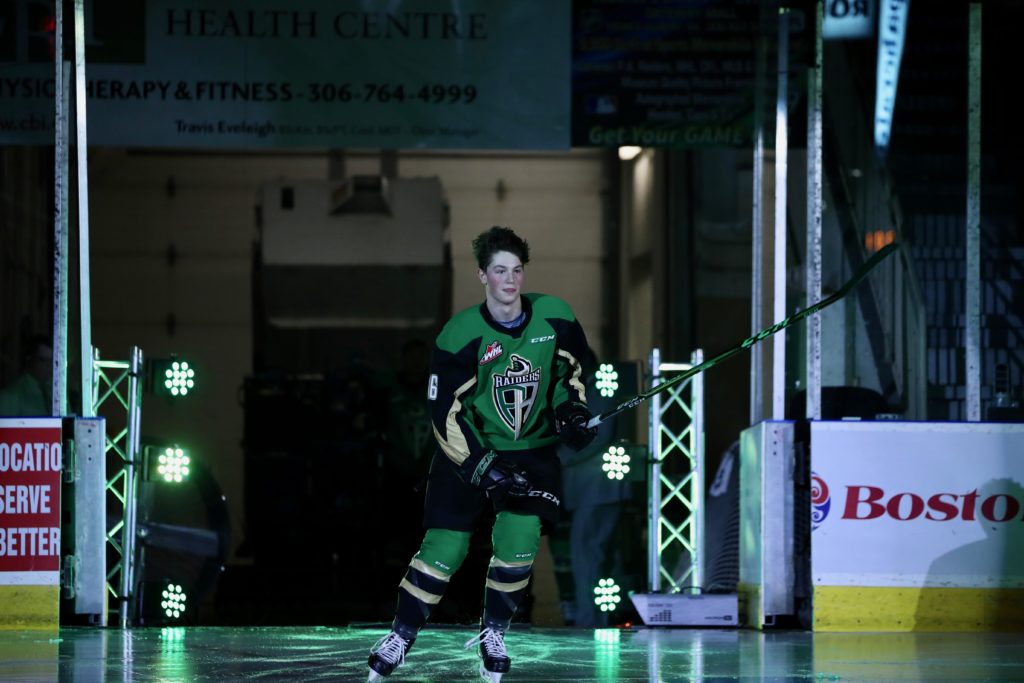 Prince Albert, SK – Prince Albert Raiders defenceman Rhett Rhinehart has been selected to represent Canada at the 2017 World Under-17 Hockey Challenge in Dawson Creek and Fort St. John, BC.

Drafted 13th overall in the 2016 WHL Bantam Draft, Rhinehart is currently in his rookie season with the Raiders. Listed at 6’3 and 190 lbs, the Lloydminster, AB product has an assist in nine games played this season.

Rhinehart and Canada open the tournament on Sunday, November 5. The 2017 World Under-17 Hockey Challenge runs until Saturday, November 11 when the gold-medal game will be played in Dawson Creek, BC.

The Raiders are back in Prince Albert tonight when the Vancouver Giants visit the Art Hauser Centre. Fans can pick up their BC Passport at the game for a chance to win a trip to British Columbia if they attend every game against the BC Division this season. Game time is 7 p.m. Tickets are available at raiderhockey.com, the Raider Office, or by calling 306-764-GAME.