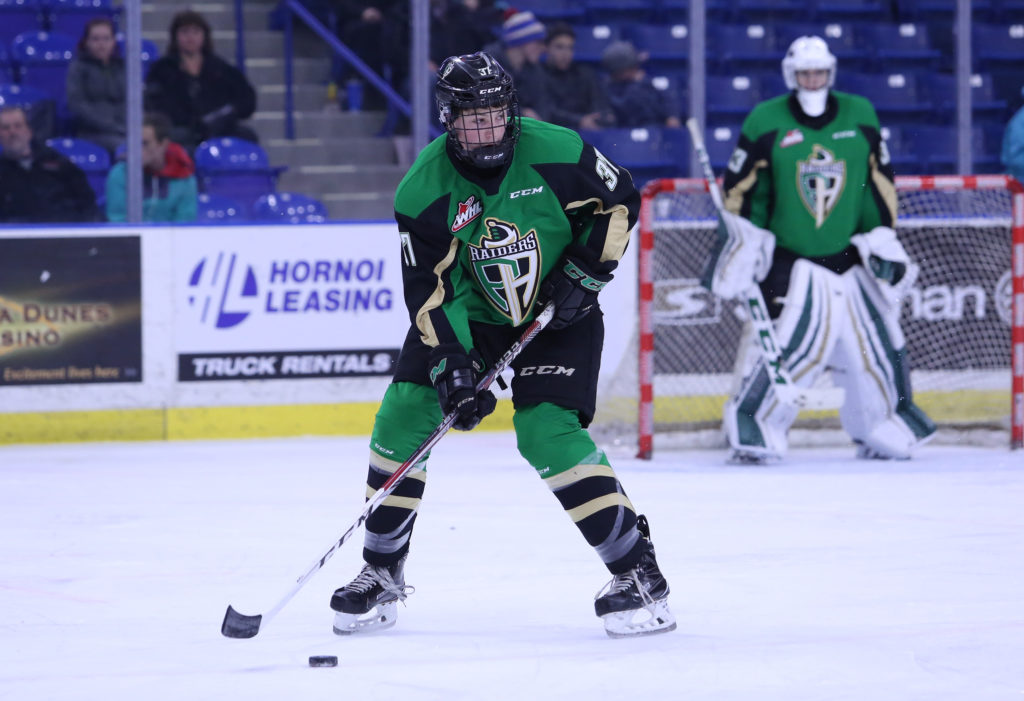 The 6’3, 196-lb defenceman was invited to Hockey Canada’s development camp for the 2017 World Under-17 Hockey Challenge, beginning on July 22 in Calgary. The Lloydminster, AB product is one of 111 players in his age category.

Rhinehart, the Raiders’ first-round pick in the 2016 WHL Bantam Draft, had nine goals, 21 assists and 79 penalty minutes in 25 games playing for the Yale Hockey Academy Midget Prep in the CSSHL. The ’01-born defenceman made his WHL debut last season on December 27 against the Saskatoon Blades. It was one of two games Rhinehart played in the WHL last season.