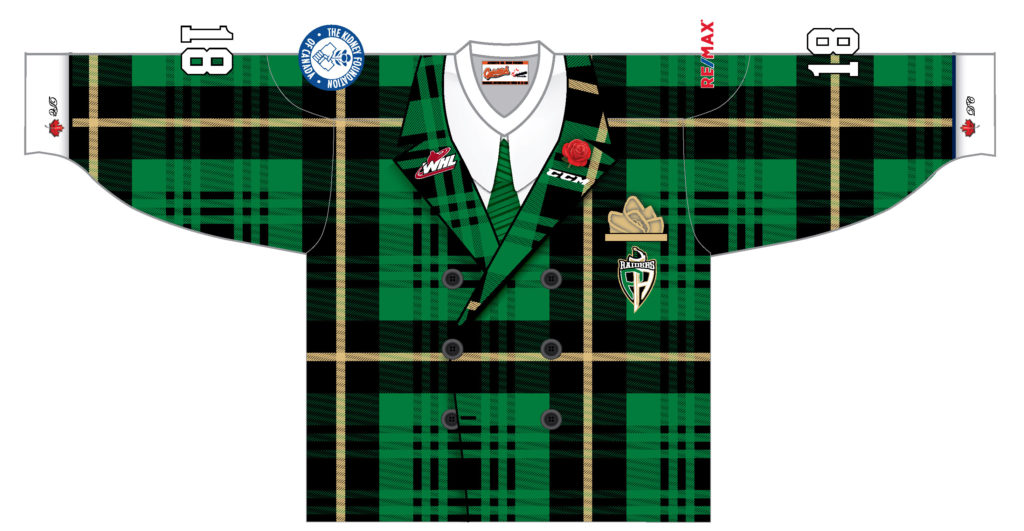 Prince Albert, SK – For the second consecutive season, the Raiders are proud to team up with RE/MAX and the WHL for the RE/MAX Presents: WHL Suits Up with Don Cherry to Promote Organ Donation Night on Saturday, February 2.

On that night, the Raiders will wear specially-designed Don Cherry-themed uniforms when they take on the Moose Jaw Warriors. This year’s jersey will feature the players’ nicknames on the back of the jerseys.

The Raiders will be holding an online auction hosted on 32auctions.com beginning on Friday, January 25 at Noon CST. The auction will run until Monday, February 4 at Noon CST. 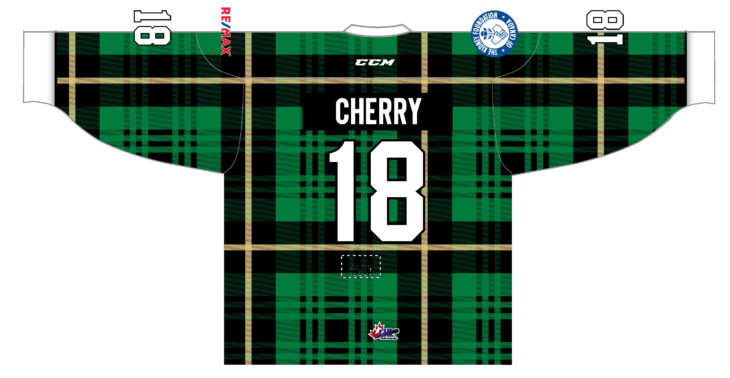 The minimum bid on each jersey will be $250 with bids increasing in $15 increments. Fans can also buy the jersey outright for $450. A $15 shipping charge will be added to winning bids if the jerseys need to be mailed to reach their destination. 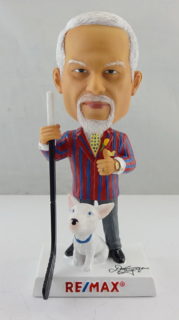 Off the ice, there will be 1,000 limited edition Don Cherry bobbleheads featuring Don and his dog Blue along with 1,000 plaid RE/MAX drink koozies. There also will be a life-sized Don Cherry cutout in the building for photos.

Tickets for RE/MAX Presents: WHL Suits Up with Don Cherry to Promote Organ Donation Night are available at the Raider Office and at raiderhockey.com.

During the 2017-18 WHL Regular Season, participating WHL Clubs came together with RE/MAX to raise over $265,500, representing the largest public awareness and fundraising campaign in the history of the Kidney Foundation of Canada.

“The WHL and our Western Canada-based Clubs are once again this season very excited to be working with our corporate partner RE/MAX of Western Canada to further promote the importance of organ donation and to raise additional funds for the Kidney Foundation of Canada,” stated WHL Commissioner Ron Robison. “Thanks to the ongoing involvement of hockey legend Don Cherry, his family, and the success we experienced last season, we are confident our fans will jump on board and support this very important cause.”

“On behalf of all RE/MAX associates in Western Canada, we’re super stoked to be partnering with Don Cherry again this year for this fantastic night of hockey fun and fundraising for the terrific cause, The Kidney Foundation of Canada,” said Elaine Langhout of RE/MAX Western Canada. “My family was affected by kidney disease so it’s a cause close to my heart.  We encourage fans to come out and support the night when it comes to their town!”

“Thanks to RE/MAX, the WHL and all its fans, the number of transplants last year increased by 13 per cent,” said Don Cherry. “Let’s keep this momentum going by signing your donor card and talking to your family. It only makes sense.”

The Kidney Foundation is a cause close to the Cherry family. Don’s son, Tim, received a kidney transplant from his sister Cindy. With close to 4,500 Canadians awaiting organ donation today – 76 per cent whom require a kidney – the Cherry family, RE/MAX and the WHL have come together to create this awareness campaign in support of the Kidney Foundation; who will have a booth at each game to field questions and hand out donation information.

About RE/MAX of Western Canada
RE/MAX was founded in 1973 by Dave and Gail Liniger, with an innovative, entrepreneurial culture affording its agents and franchisees the flexibility to operate their businesses with great independence. Over 115,000 agents provide RE/MAX a global reach of more than 100 countries and territories. RE/MAX is Canada’s leading real estate organization with more than 21,000 Sales Associates and over 922 independently-owned and operated offices nationwide. RE/MAX, LLC, one of the world’s leading franchisors of real estate brokerage services, is a subsidiary of RE/MAX Holdings, Inc. (NYSE:RMAX). With a passion for the communities in which its agents live and work, RE/MAX is proud to have raised more than $150 million for Children’s Miracle Network Hospitals® and other charities. For more information about RE/MAX, to search home listings or find an agent in your community, please visit www.remax.ca.

The Raiders wrap up their season series against the BC Division on Thursday night when they head to the Langley Events Centre to take on the division-leading Vancouver Giants (29-12-2-0). Puck drop is 9:30 p.m. Catch the game at The Rock And Iron Sports Bar at the Prince Albert Golf and Curling Club, listen on 900 CKBI, or watch on Sportsnet and Sportsnet 360.