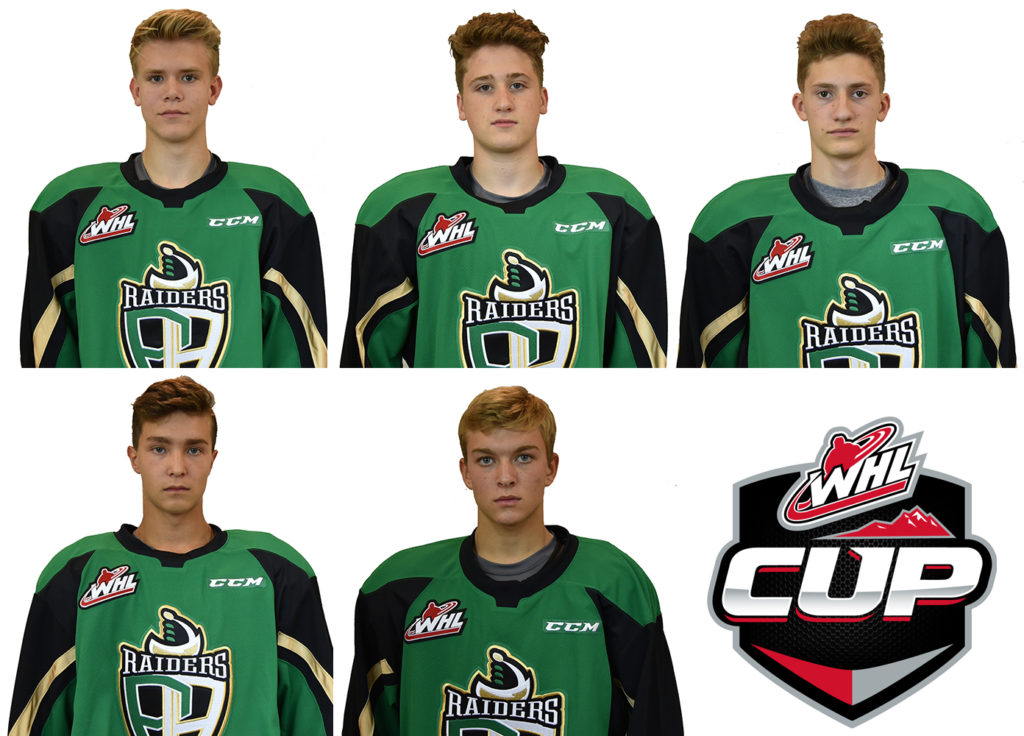 Guhle, the first overall pick in the 2017 WHL Bantam Draft, is playing for the OHA Edmonton Prep in the CSSHL this season. Through five games, the Sherwood Park, AB product has a goal and three assists.

Wiesblatt, whom the Raiders picked 25th overall in May, joins Guhle on Team Alberta. The Calgary product is playing with the Calgary Buffaloes in the AMHL this season.

Brook was picked 40th overall the Raiders in last May’s draft. With Rink Hockey Academy Prep of the CSSHL this season, the Roblin, MB product has three assists in three games.

Griffin was drafted 100th overall the Raiders in May out of Regina. This season, he is playing for the Saskatoon Contacts of the SMAAAHL. In two games, he has a goal and two assists.

The WHL Cup was formerly known as the Western Canada U16 Challenge Cup. It features the highest-rated players in the under-16 category from the western provinces. This year’s tournament runs from October 18 to October 22.

The Raiders hit the road for a weekend road trip to Alberta, opening on Friday night in Lethbridge against the Hurricanes in a 7 p.m. start. The following night, the Raiders face off in a rematch against the Tigers in Medicine Hat. Game time is 7:30 p.m.

The next Raiders’ home game is on Friday, October 13 against the Memorial Cup host Regina Pats. Tickets are available at the Raider Office, 306-764-5348, or at raiderhockey.com.