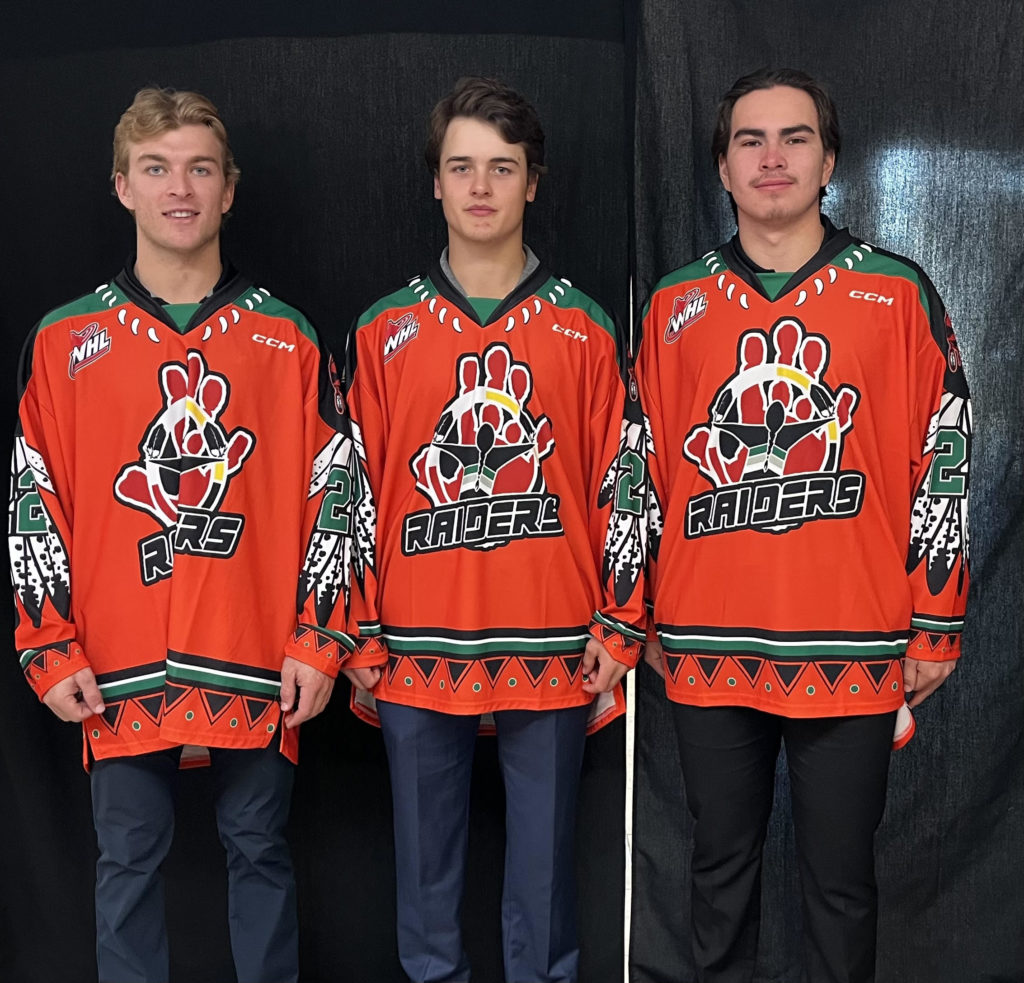 On Thursday morning, the Prince Albert Raiders unveiled an orange jersey that the team will wear to recognize National Day of Truth and Reconciliation on September 30th. The Raiders will don the jerseys on October 1st in a home game against the Edmonton Oil Kings presented by Mann Northway.

The press conference on Thursday morning saw dignitaries and other special guests in attendance. Ahtahkakoop First Nation elder Wayne Ahenakew delivered an opening message and prayer to begin the proceedings, followed by a moment of silence to honour the tragedy at James Smith Cree Nation.

Two of the three artists behind the design of the jersey, Anthony Musaskapoe and Jim Stonechild were among the many in attendance. Deputy fire chief Alex Paul, Police Chief Jon Bergen, and Mayor Greg Dionne were also at the Art Hauser Centre for the event.

The jersey itself, modeled by Evan Herman, Dallyn Peekeekoot, and Keaton Sorensen, quickly became the focal point of the press conference once introduced.

A description of the different aspects of the jersey was handed out, and pictures were on display. 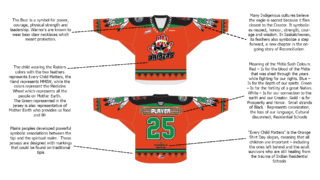 Prince Albert’s game against Edmonton on October 1st, presented by Mann Northway, will be the fifth game of the regular season, and the third home game of the 2022-23 campaign. Puck drop is at 7pm.

The Raiders have two more games to wrap up the preseason; at home against the Saskatoon Blades on Friday night, and on the road against Saskatoon in Warman on Saturday night. The regular season kicks off on Friday, September 23rd with Prince Albert’s home opener against the Blades at 7pm.