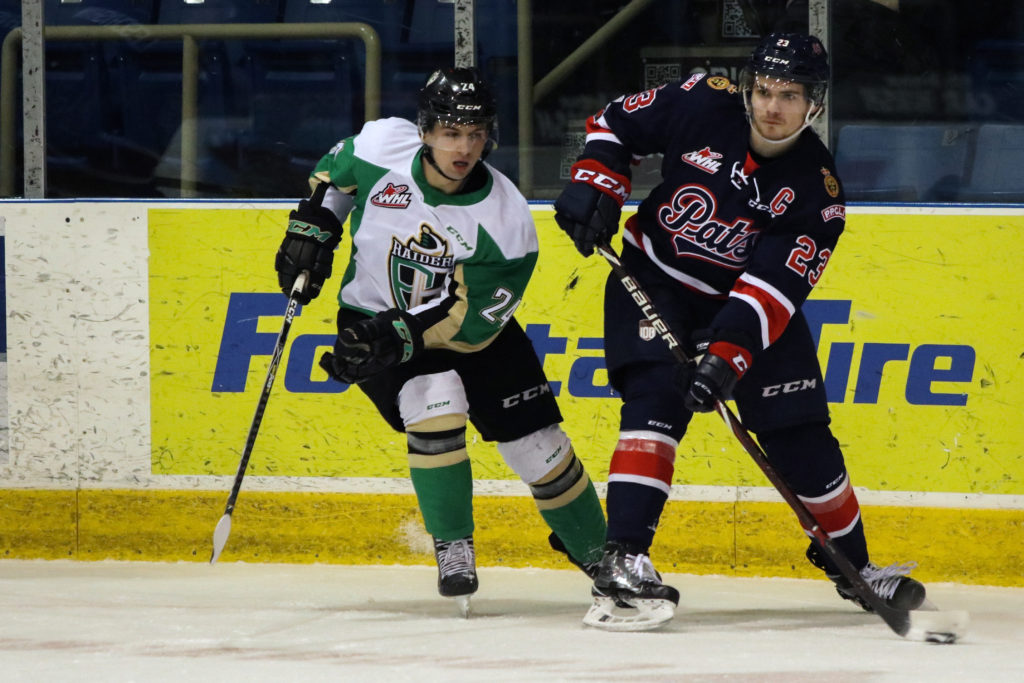 Prince Albert, SK – The Prince Albert Raiders now know when and where they’ll start the year as the WHL announced the 2018-19 Regular Season Schedule on Tuesday.

This season, the Raiders begin their campaign in the Art Hauser Centre on Friday, September 21 for a home-and-home series with the Regina Pats. On Saturday, the Raiders head to Regina to close out the series. Both games are scheduled to begin at 7 p.m.

Save the date! Our 2018-19 Home Opener is Friday, September 21 against the @WHLPats! pic.twitter.com/lOrZyrIjFJ

For the first time in league history, teams will play a 68-game regular season schedule. The WHL Board of Governors approved the decision to reduce its schedule from 72 games on October 5, 2017 in Calgary, AB.

Also, this season marks the return of the U.S. Division to Prince Albert as those teams make their biennial trip through the East Division. Here’s when they come to the Art Hauser Centre:

With the U.S. Division coming to Prince Albert, the Raiders will embark on a trek through the B.C. Division. The six-game trip concludes with a stop in Cranbrook to take on the Kootenay ICE on the way home on Saturday, January 26. Here’s the schedule for our B.C. Division trip: 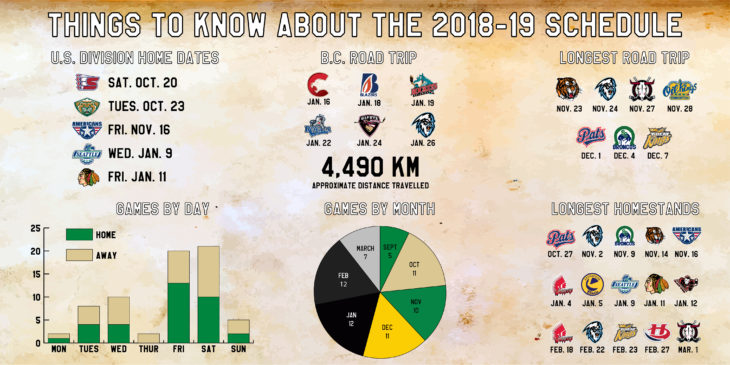 The Raiders’ longest homestand this season is five times, occurring three times throughout the year. The longest span without a contest at the Art Hauser Centre is seven games, running from Friday, November 23 in Medicine Hat to Friday, December 7, which is the opening of a home-and-home series with the Brandon Wheat Kings.

The regular season concludes with the traditional home-and-home series with the Saskatoon Blades, opening on Friday, March 15 at the SaskTel Centre. The final regular season game of the year will be played the following night in Prince Albert.

Other notable dates include Friday, January 4 when the Moose Jaw Warriors make their first trip to the Art Hauser Centre since the 2018 WHL Playoffs. Also, Monday, February 18 is our annual Family Day Game with a special 4 p.m. puck drop.

The Raiders will release a full promotion schedule at a later date. For the full schedule, click here.