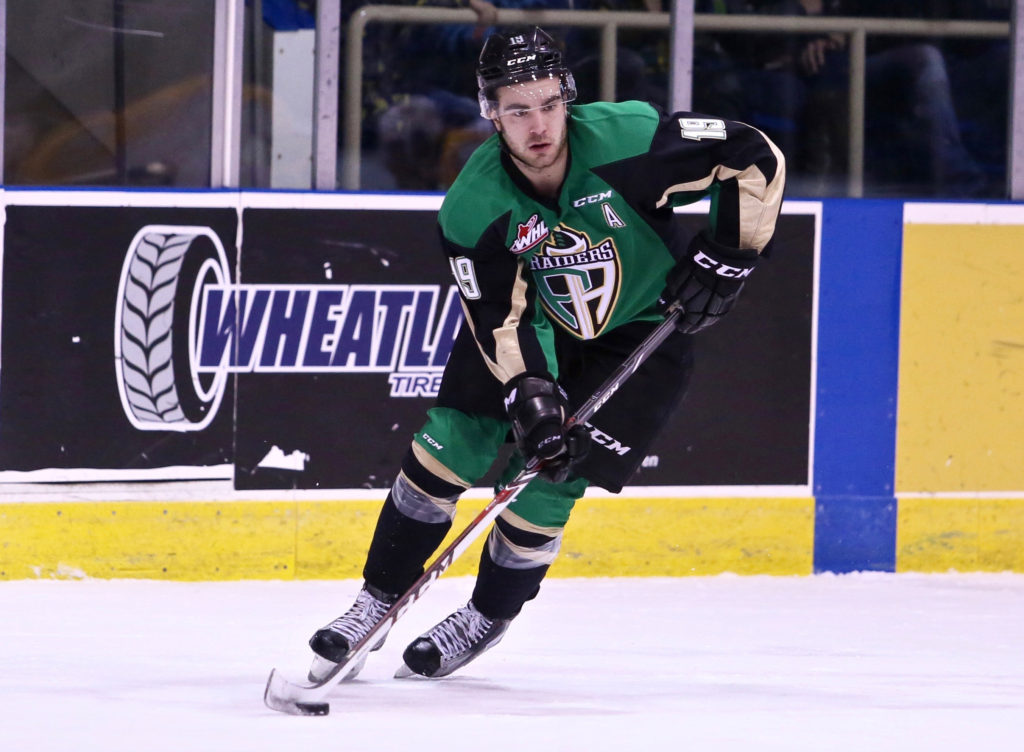 Gardiner, a Humboldt product, did not suit up with the Raiders this season. He earned a tryout and eventually signed a contract with the Wilkes-Barre/Scranton Penguins of the American League. In 23 games in the AHL, Gardiner has three goals and three assists.