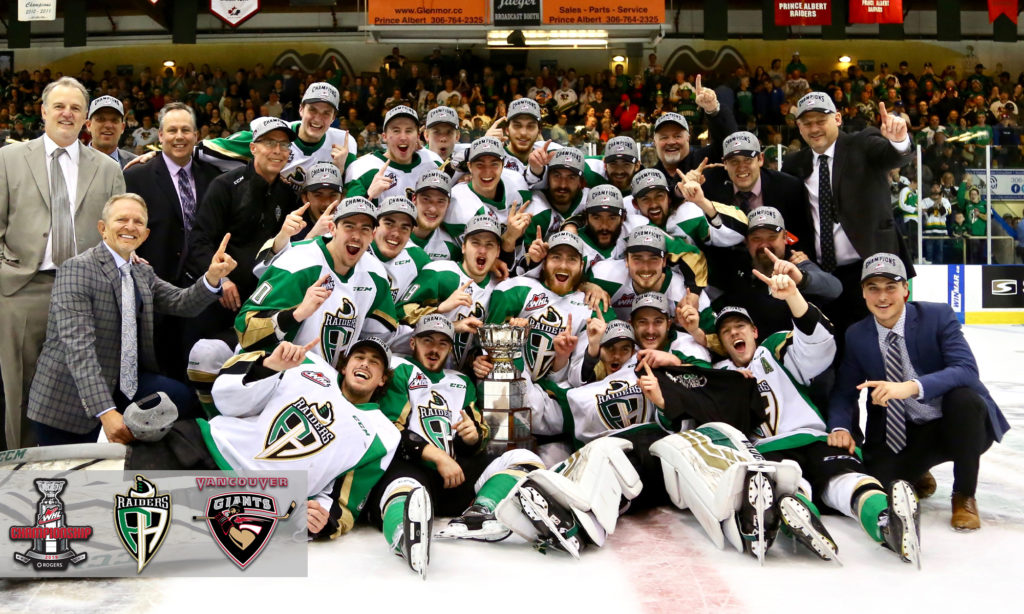 The games will each air one year to the date of being played beginning with Game 1 on Sunday, May 3 at 7 p.m.

The Raiders claimed the East Division banner and the Scotty Munro Memorial Trophy during the 2018-19 regular season. In the WHL Playoffs, the Raiders swept the Red Deer Rebels in the opening round before dispatching the Saskatoon Blades in six games in the Eastern Conference semi-final.

In the 2019 Eastern Conference Championship, the Raiders downed the Edmonton Oil Kings in six games. The series was capped off with a 4-2 win in Edmonton to give the Raiders a berth in the final for the first time since 1985.

Entering the 2019 Rogers WHL Championship Series, Noah Gregor and Brett Leason were tied for the team lead with 16 points followed closely by Aliaksei Protas and Dante Hannoun with 15 points each. Protas, coming off hat tricks in Game 5 and 6 of the Eastern Conference Championship, led the WHL Playoffs with 11 goals.

In goal, Ian Scott held the best goals-against average (1.85) and save percentage (0.930%) in the WHL. He was also tops in the league with three shutouts.

Vancouver also had impressive statistics with defenceman Bowen Byram (seven goals, 11 assists) and forward Davis Koch (two goals, 15 assists) placing first and second respectively in league scoring heading into the series. The Giants also had the second-best power-play percentage in the WHL, converting on 35.6% of their chances with the man advantage.