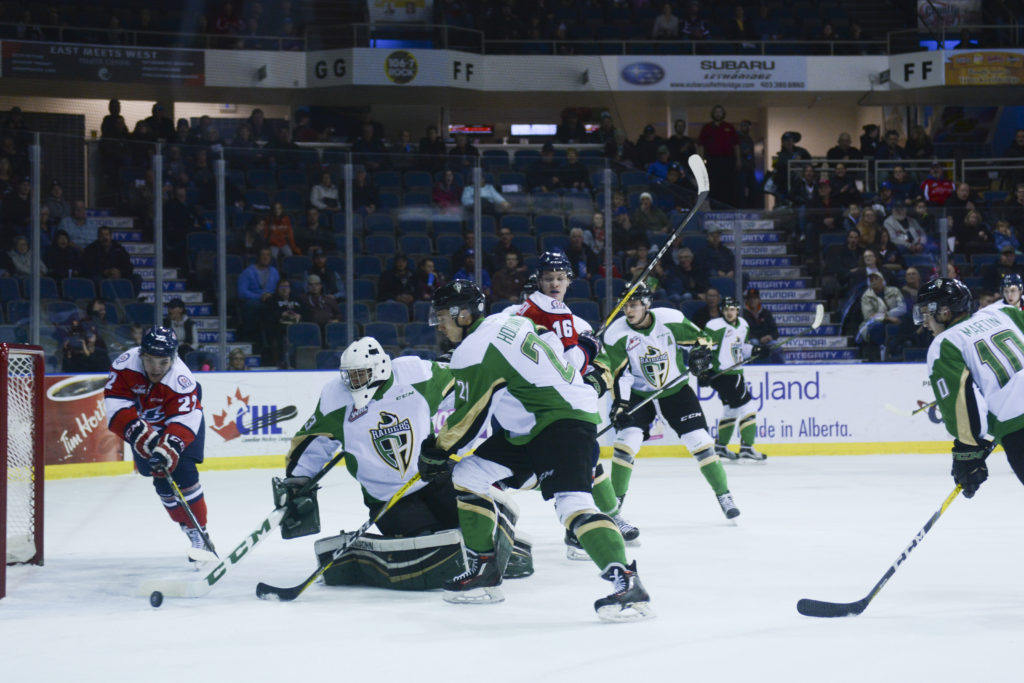 In the first, the Hurricanes got on the board when Calen Addison tallied his fourth goal of the season. If not for Raiders goaltender Ian Scott, P.A. would’ve been facing a larger deficit than 1-0 after 20 minutes. Scott made a couple of key stops, including a breakaway on Hurricanes captain Tyler Wong.

Lethbridge extended its lead in the second period. Tyler Wong and Giorgio Estephan scored 2:13 seconds apart to give the Hurricanes a 3-0 lead.

Just 25 seconds into the third period, Estephan notched his second goal of the game on an early-period power play. Three minutes later, the Raiders broke the shutout. Sean Montgomery pounced on a puck on a forecheck and snapped a shot past Stuart Skinner for the shorthanded marker. The Hurricanes rounded out the scoring on Ryley Lindgren’s 11th goal of the season with 4:30 remaining to make it a 5-1 game.

Scott finished a busy evening with 36 saves in the loss for the Raiders. Skinner made 24 saves in the Hurricanes’ win.

The Raiders return to the Art Hauser Centre on Friday night when they host the Moose Jaw Warriors. Puck drop is set for 7 p.m. Tickets are available at the Raider Office, by calling 306-764-5348 or by clicking here.