Raiders Take Out Hitmen In Calgary 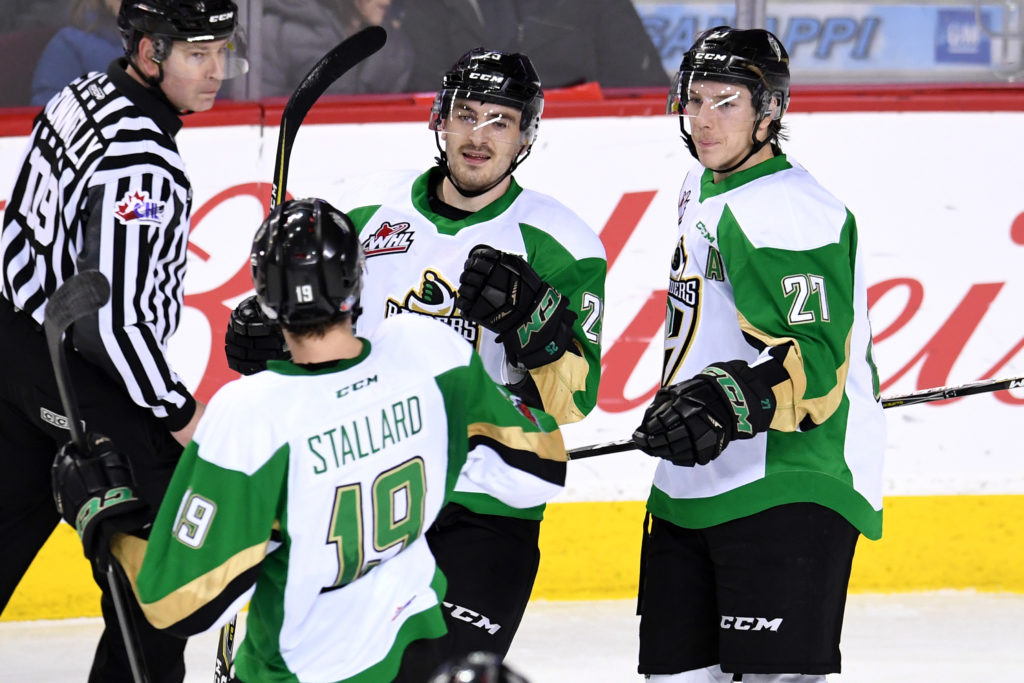 Jakob Stukel got the Hitmen on the board early in the first, working off the boards and chipping the puck over Ian Scott’s shoulder 1:15 into the game. Midway through the period, Cole Fonstad tied the game. He took a loose puck in front of the net and out-waited Nick Schneider for his ninth goal of the year.

Scores! @fonstad_24 buries a rebound to make it a 1-1 game! pic.twitter.com/BpNOCSEgBA

In the second, the Raiders took their first lead of the game. Max Martin’s shot from the point got through traffic and Schneider with 4:08 to play in the frame to make it a 2-1 game. Three minutes later, Jake Bean tied the game for the Hitmen with his own point shot that got past Scott on the power play.

The Raiders took control of the game in the first five minutes of the third period. Just 35 seconds into the period, Justin Nachbaur decided to shoot on a three-on-one rush and beat Schneider to make it a 3-2 game.

Scores! @Jnacks55 wires one past Schneider to give us an early lead in the third! 3-2 game. pic.twitter.com/21vlZsv649

Then, Parker Kelly buried a rebound off of a Vojtech Budik point shot to put the Raiders up 4-2.

Midway through the frame, Stukel scored his second of the game when he used his speed to get behind the Raiders’ defence and beat Scott for a shorthanded goal.

There were some nervous moments in the third, but Calgary product Sean Montgomery sealed the game with an empty-net goal, giving the Raiders the 5-3 win.

Scott, another one of the Raiders’ Calgary contingent, made 26 saves to pick up the win. Schneider stopped 24 shots in a losing effort.

The Raiders wrap up their Central Division swing tomorrow night at Rogers Place against the Edmonton Oil Kings (5-18-2-0). Game time is 8 p.m. CST.

Next week, the Raiders return to the Art Hauser Centre for two games. On Wednesday, the Raiders host the Medicine Hat Tigers. Then on Friday, the Raiders take on the Kamloops Blazers on the Canadian Tire Teddy Bear Toss night. Both games begin at 7 p.m. Tickets are available at raiderhockey.com, the Raider Office, or by calling 306-764-5348.