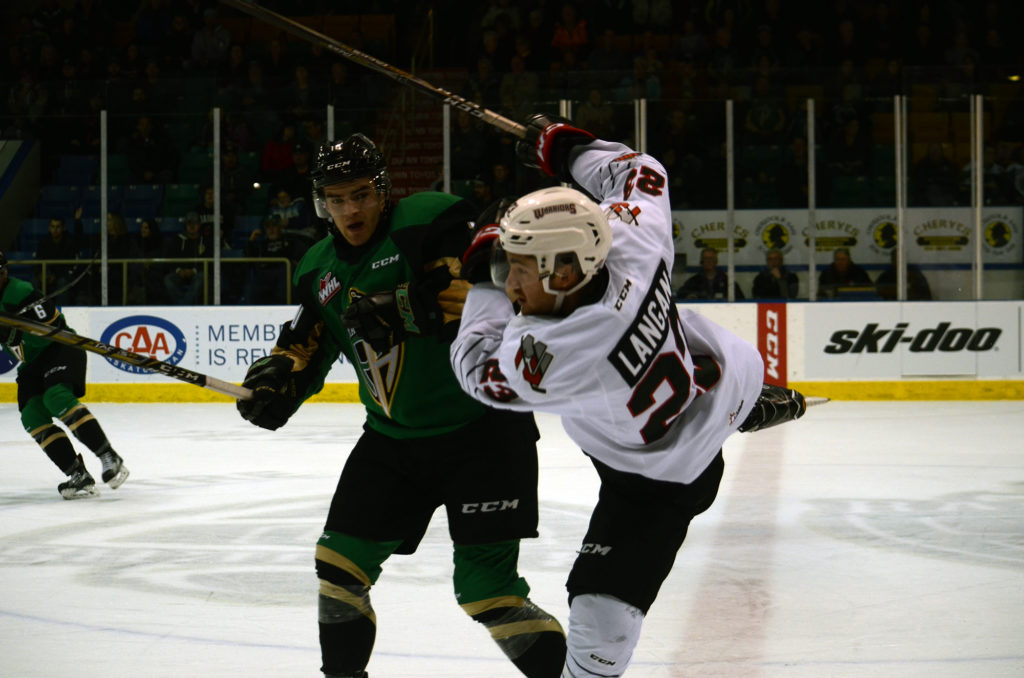 Prince Albert, SK – For the second straight game, the Prince Albert Raiders (7-6-3-0) held a third-period lead against the Moose Jaw Warriors (13-4-0-0). Like last time, the Raiders surrendered the lead in a 3-2 loss to the Warriors on Saturday night at the Art Hauser Centre.

The loss snapped the Raiders’ four-game home winning streak. It was also the first time since the home opener that the Raiders didn’t record at least a point at the Art Hauser Centre.

Following a scoreless first period, Curtis Miske opened the scoring. The Raiders’ captain was sprung on a breakaway by Spencer Moe and the overage forward made no mistake for his fourth goal of the year. It was the only goal of the period, giving the Raiders a 1-0 lead after 40 minutes.

In the third, the quick-strike Warriors offence was on display again. Brayden Burke tied the game at the 10:16 mark. Just 90 seconds later, Brett Howden solved Ian Scott on the power play to give the Warriors a 2-1 lead. With 2:12 to play, Jayden Halbgewachs extended the Warriors’ advantage to two.

The Raiders clawed back into the game with 1:01 to play. Jordy Stallard scored his team-leading 13th goal of the year to make it a 3-2 game. The Raiders pressed for the equalizer in the final moments, but were unable to get another puck past Warriors goaltender Adam Evanoff.

In the loss, Scott stopped 25 shots for the Raiders. Evanoff made 16 saves in the win.

The Raiders have some time off before they hit the road for their longest road trip of the season, which opens on Friday, November 10 against the Kootenay ICE (8-9-1-0) in Cranbrook.

The next Raiders’ home game is on Friday, November 24 against the Swift Current Broncos on 80s Night Presented By Canadian Tire. The Raiders will be wearing special jerseys to celebrate the 1981-82 Centennial Cup Champions. The auction begins on Monday morning at 10 a.m. CST. For more details, click here.

Tickets for Friday, November 24’s game are available at raiderhockey.com, the Raider Office, or by calling 306-764-5348.