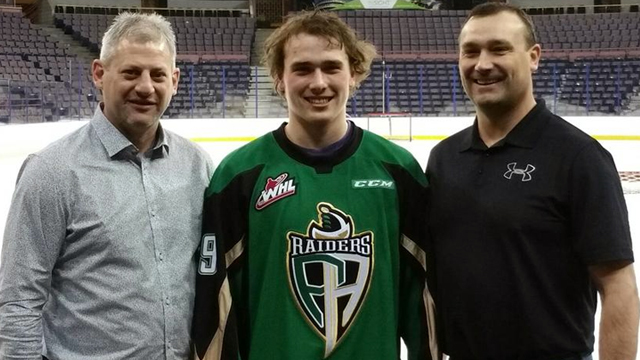 The Raiders choose the Calgary, AB native in the ninth round, 184th overall, in the 2014 WHL Bantam Draft. Hayes becomes the sixth member of Prince Albert’s 2014 draft class to sign a contract with the Raiders.

“Zack is a big strong player who displays leadership qualities,” said Raiders Director of Player Personnel Ron Gunvillle. “He has made significant strides over the past 18 months which is a testament to the hard work he has put in both on and off the ice.”

Hayes has spent the 2015-16 season with the Calgary Northstars of the Alberta Midget AAA Hockey League. In 27 contests he has registered a goal and nine assists for 10 points. Last year, Hayes dressed in 32 games with the Northstars where he scored two goals.

The Raiders begin another three-game road trip this week when they travel to face the Calgary Hitmen, Medicine Hat Tigers, and Swift Current Broncos. The team is back at the Art Hauser Centre on Wednesday, February 3 when they take on the Prince George Cougars. Puck drop is 7:00 PM. For ticket information, visit raiderhockey.com or call 764-GAME.