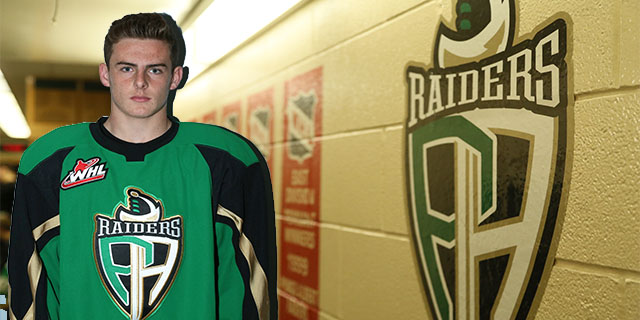 The Raiders took the Calgary, AB native 64th overall in the third round of the 2015 WHL Bantam Draft. “We are pleased with Tyler’s development over the past 12 months.  Tyler is hard working character defenseman who should be a steady presence on the Raiders blue line for years to come” said Director of Player Personnel Ron Gunville.

The six-foot-two, 190-pound d-man, Lowe appeared in 34 games for the Calgary Northstars of the Alberta Midget AAA Hockey League.  Lowe picked up 2 goals and 4 assists to go along with 32 penalty minutes all while being one of the youngest players in the entire league.

With the signing of Tyler Lowe, the Prince Albert Raiders now have their top four picks from the 2015 Bantam Draft signed to WHL player agreements.

Merchandise Blowout: The Raiders Team Store merchandise blowout continues until May 31st.  Everything in the store (excluding jerseys) is 50% off.