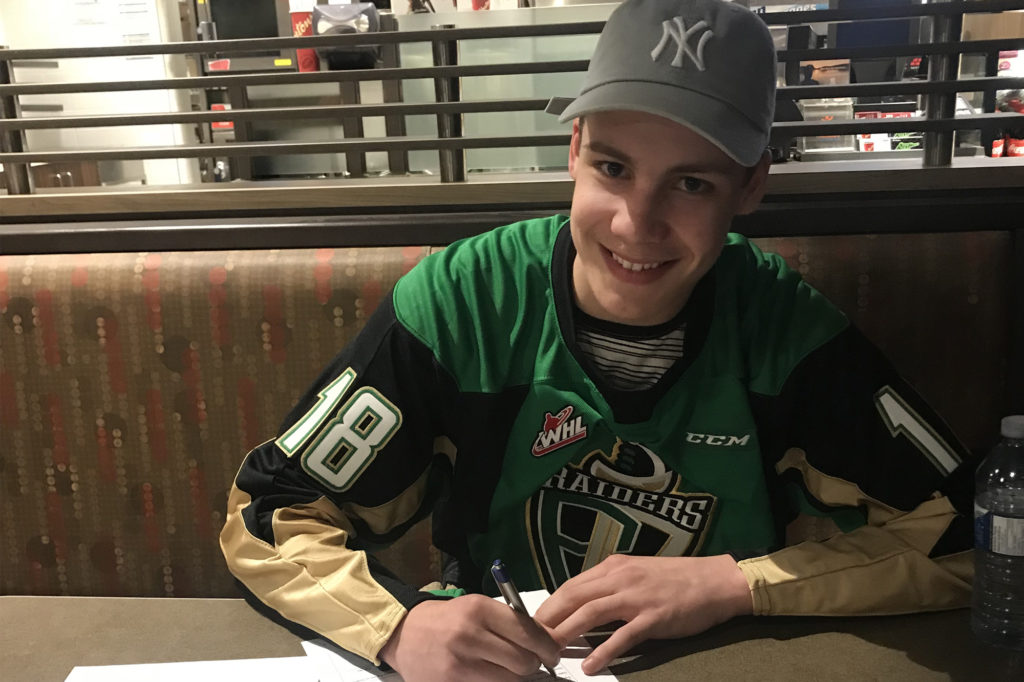 Prince Albert, SK – The Prince Albert Raiders are pleased to announce the signing of defenceman Nolan Allan to a WHL Standard Players Agreement.

Allan was the third overall selection in the 2018 WHL Bantam Draft on May 3. The Davidson, SK product played in 26 games for the Humboldt Bantam AA Broncos in the SBAAHL last season, registering 12 goals and 32 assists. He chipped in two goals and two assists in four playoff games.

“We’re extremely excited to get Nolan signed,” said Raiders Director of Player Personnel Ron Gunville. “He will bring a great all-around game to our defence core. His skating separates himself from most guys in his age group and his ability to skate with the puck and create offence really excites us. He also has great size and character to go along with his talent.”

Allan is the first member of the 2018 WHL Bantam Draft to sign with the club.

“Our defence core looks to be in great shape with 2017 first-round overall pick Kaiden Guhle and hard-nosed third-round pick Braydon Clark already signed,” Gunville noted. “We are excited about our future. We also have [Adam] McNutt, [Tayem] Gislason, and [Eric] Robbie, all of whom are 2018 picks who we think all can play in this league at some point, to go along with [Graham] Skinner and [Landon] Kosior who had great 15-year-old seasons.”

23:16
memorial ecup video
Hayes Warms Up for the CHL Memorial eCup Presented By Kia
10 hours ago