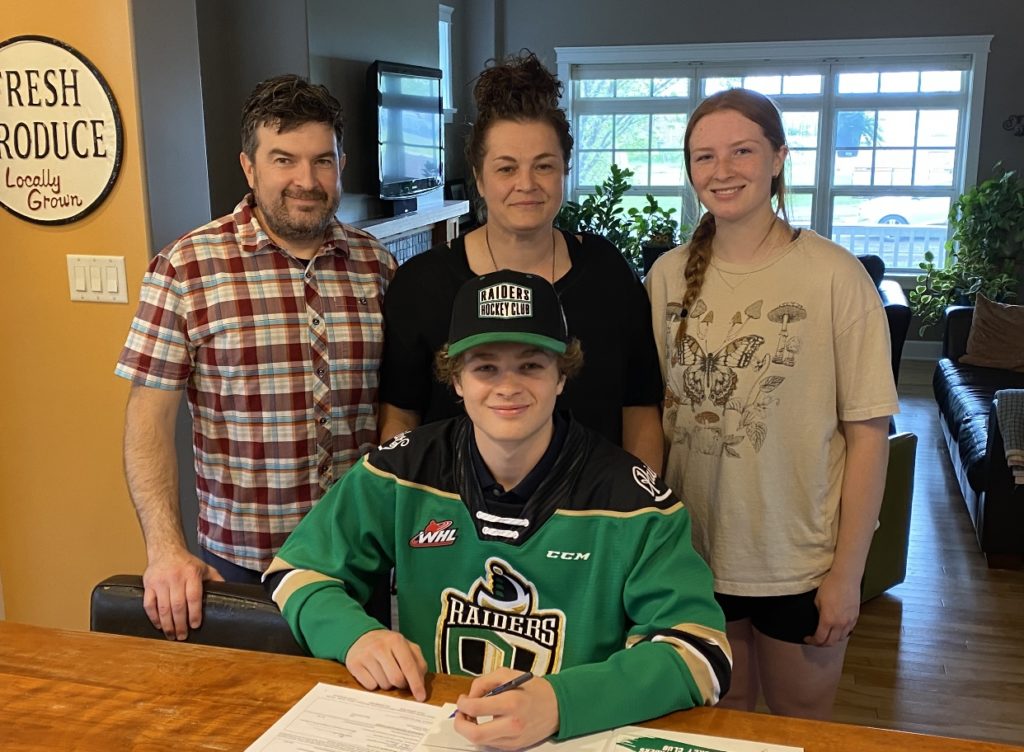 Moroz was selected 15th overall in the 2022 WHL Prospect Draft out of the Prairie Storm program in Balgonie.

The left-shot centreman from Grand Coulee, SK, absolutely dominated the Saskatchewan U15 AA Hockey League in scoring this past season, scoring 47 goals and adding 61 assists in just 27 games played.   “He’s a high IQ player, he sees the play before it’s going and the puck always seems to find him,” said Raiders Director of Personnel Bruno Zarrillo, “He’ll be an elite forward as he ages and matures through our program.”

Moroz joins the list of recent 1st round picks from Saskatchewan in the last 10 years. In the 2021 draft, the Raiders selected Cole Peardon from Outlook, SK. In 2018 the Raiders used pick #3 in the draft to pick Chicago Blackhawks prospect, Nolan Allan, from Davidson, SK. Cohner Saleski in 2017, and Carson Miller & Cole Fonstad in 2015 all hailing from the Land of Living Skies.
Moroz is one of four Saskatchewan-born players of the thirteen players selected by the Raiders in the Prospect Draft.
Related Links
See All Raider Picks from the 2022 WHL Prospects Draft
More News