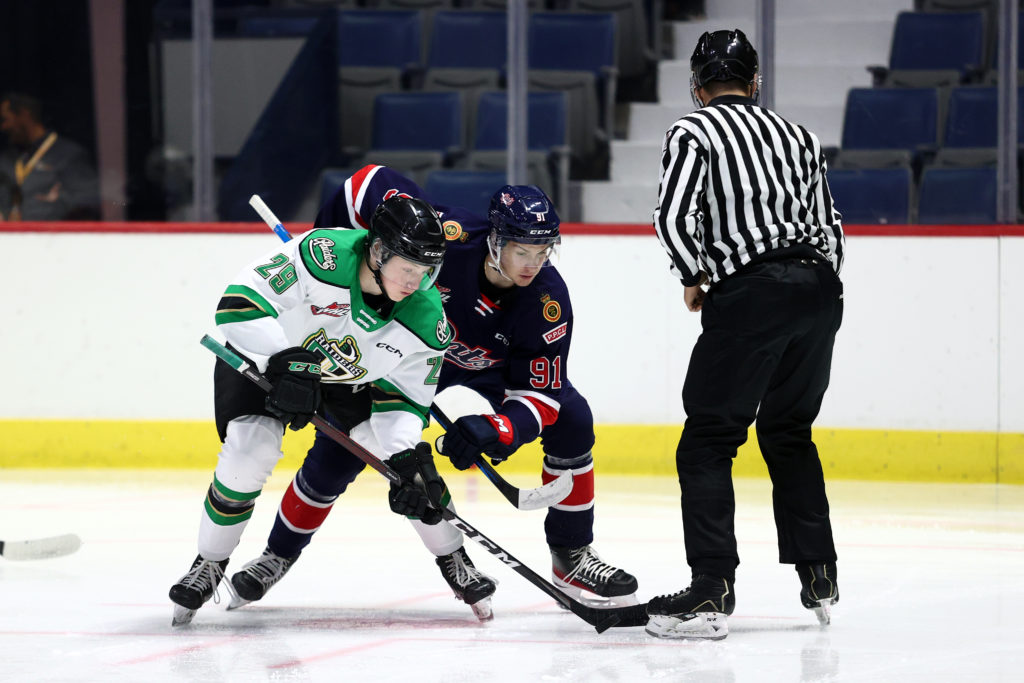 The Regina Pats jumped out to a 2-0 lead less than five minutes into the first period, but the Prince Albert Raiders scored three unanswered goals to come away with a 3-2 win on Saturday night at the Brandt Centre.

It was the Connor Bedard show early, as the 17-year-old scored twice in the span of a minute to put Regina up 2-0 just 4:22 into the contest. His first goal was scored on a two on one rush, as he came flying up the ice with Easton Armstrong. Armstrong slid a pass over to Bedard on the left wing, who bobbled the puck at first, but managed to sneak a backhand shot blocker side on Cooper Anderson, who was making his second start of the preseason.

Bedard’s second goal of the night was a solo effort. Twisting and turning behind the net, he found an open lane to the front, and buried his second of the night low on Anderson, putting the home side up by a pair. The scoreboard read 2-0 after 20 minutes of play, with both sides registering eight shots on goal.

Prince Albert’s comeback started midway through the second period on the man advantage. With Corban Almen in the penalty box serving a slashing minor, Trevor Thurston put the visitors on the board with a booming slapshot from the point. A screened Koen MacInnes couldn’t track the shot, getting beat for PA’s opening tally of the game.

After 40 minutes of more physical hockey, the Raiders found themselves trailing by just one goal, holding an 18-16 edge in shots.

In the third period, Eric Johnston showed his offensive capability, creating two great scoring chances, one of which ended with the puck in the back of the net. Working in from his own blueline, the defenceman worked his way into the Regina zone, toe-dragging around a Pats defender who fell trying to catch up. From there, he was all alone in front and roofed a shot far side past Matthew Kieper, tying the game at 2-2.

The Raiders weren’t done there, as Dayce Derkatch, the son of Pats legend Dale Derkatch, scored the go ahead goal with just 1:37 left in regulation. Jesiah Bennett led a rush into the Regina zone, firing a shot that Kieper turned aside, but Derkatch jumped all over the rebound in front. The 15-year-old banged home his first preseason goal, giving the Raiders a late 3-2 lead, finishing the comeback.

Coming in midway through the second period, Tikhon Chaika turned aside all 12 shots he faced, including a number of chances in the final minute of the third period, as Prince albert came back from two goals down to come out with a 3-2 win in the Queen City.

Prince Albert returns home for their next preseason game on Friday night when they welcome the Saskatoon Blades to the Art Hauser Centre. Puck drop is at 7pm. The Raiders wrap up their preseason on Saturday night against the Blades in Warman, before kicking off the regular season on September 23rd in their home opener, once again coming against the Blades.