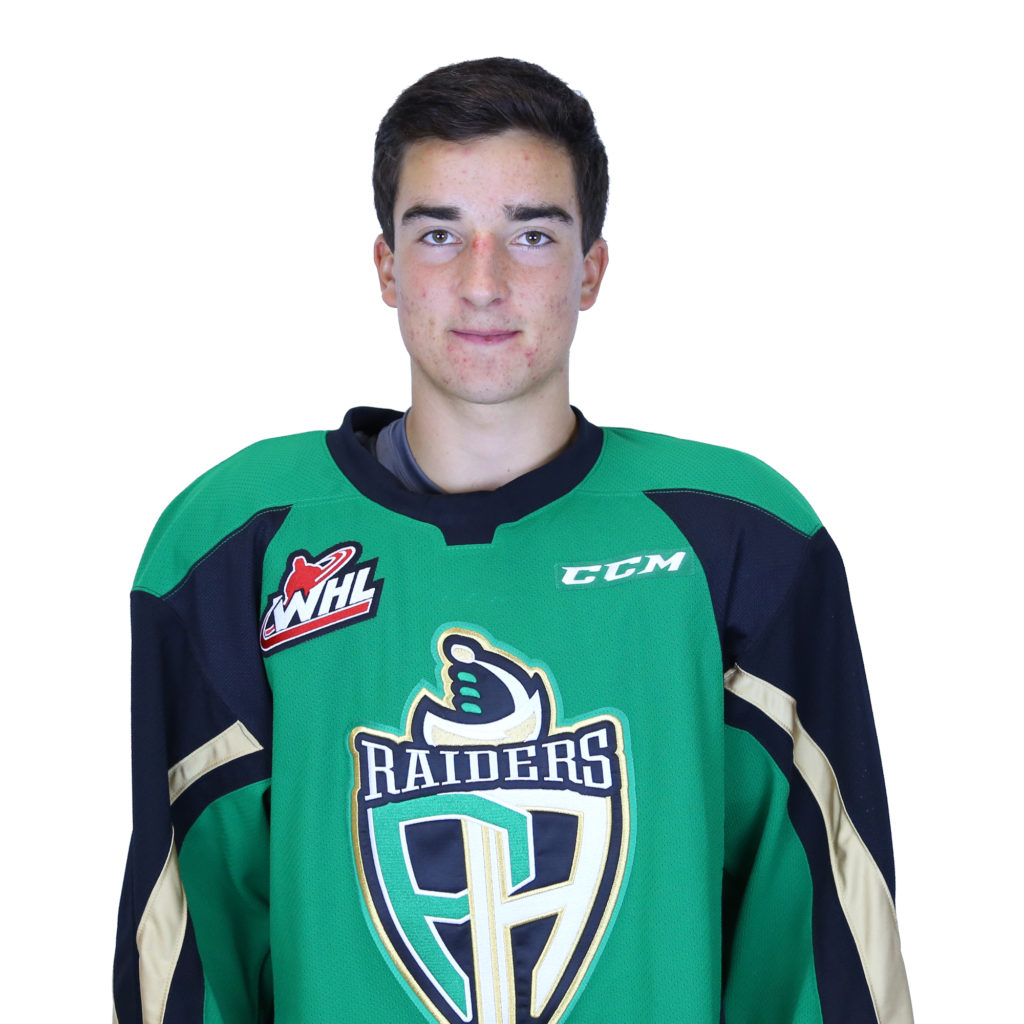 The 6’1, 193-pound product of Montmartre, SK played in the Raiders’ first pre-season game of the season on Sunday, September 3. He was drafted in the second round of the 2016 WHL Bantam Draft.

The Raiders continue the pre-season on Friday night when they open a home-and-home series with the Saskatoon Blades at the Art Hauser Centre. Puck drop is 7 p.m. Tickets are $10 for adults and $5 for children. The weekend series concludes on Saturday night in Warman at the Legends Centre in a 7 p.m. start.

The 2017-18 WHL Regular Season begins on Friday, September 22 when the Raiders host the Moose Jaw Warriors. Game time is 7 p.m. Single game tickets are available now online and at the Raider Office.