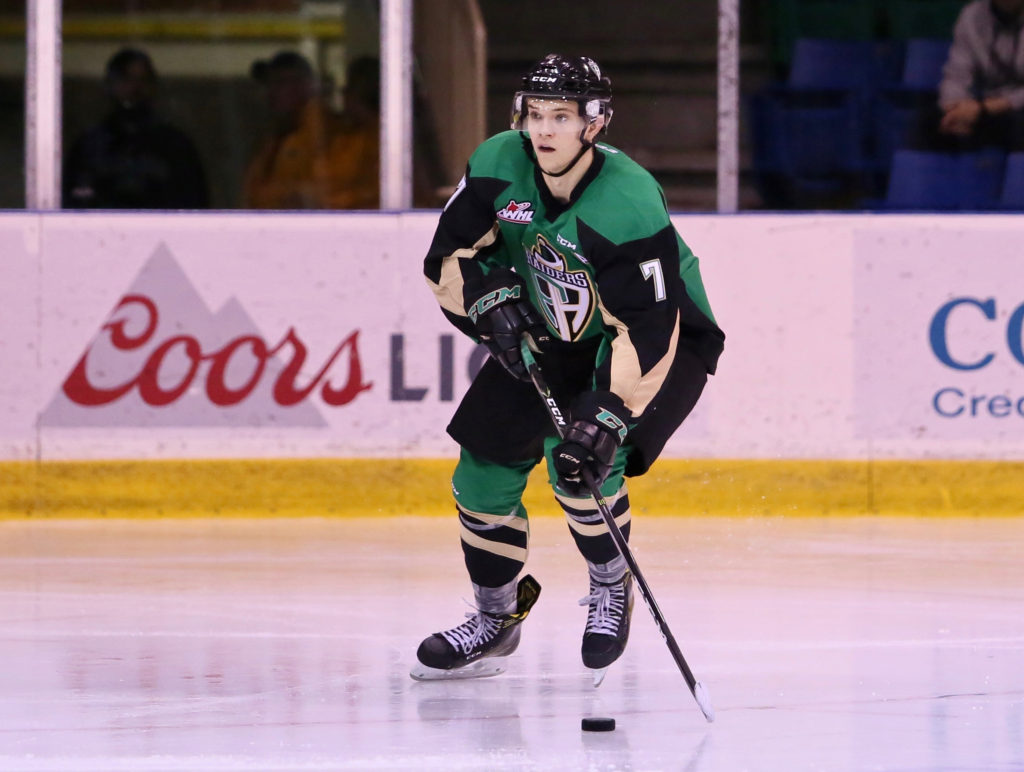 Brendan Guhle got the Raiders on the board first with a power-play goal at the 7:42 mark of the opening period on a beautiful coast-to-coast rush. He split the Blazers’ defence as he crossed the blue line and slid the puck around goaltender Connor Ingram. However, the Blazers responded with three goals to close out the period. Deven Sideroff, Erik Miller and Garrett Pilon all found the back of the net to put Kamloops up 3-1 after 20 minutes.

In the second, the Blazers extended their lead at the 4:48 mark. Shaun Dosanjh’s point shot bounced off the end boards, off of goaltender Ian Scott and into the net. That goal ended Scott’s night after making 15 saves. Later in the second, the Raiders got back within two on Austin Glover’s sixth goal of the year.

Near the end of the period, Rudolfs Balcers forced a turnover and had a breakaway opportunity, but was slashed resulting in a penalty shot. Nicholas Sanders stood tall in net for the Raiders, stopping Balcers’ backhand attempt.

The Blazers restored their three-goal advantage midway through the third period. Balcers snapped his shot Sanders to round out the scoring in the 5-2 game.

In relief, Sanders stopped 16 of 17 shots fired his way by the Blazers. Connor Ingram made 21 saves to pick up the win for Kamloops.

The Raiders continue their road trip on Saturday night when they take on the Kelowna Rockets at Prospera Place. Game time is 9:05 p.m. CST. The next Raiders’ home game is on Wednesday, November 23 against the Swift Current Broncos. Puck drop at the Art Hauser Centre is 7 p.m.