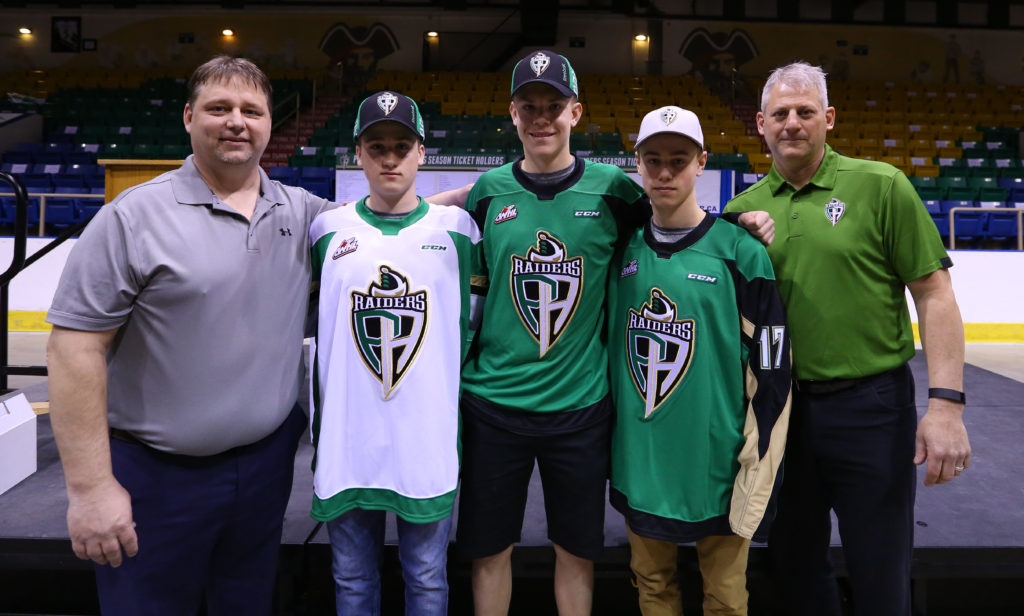 All three prospects signed their agreements at the Raiders’ All-Access Open House on Saturday afternoon at the Art Hauser Centre.

Guhle, listed at 6’1 and 174 lbs, played his draft season with OHA Edmonton in the CSSHL. In 30 games with OHA, the defenceman from Sherwood Park, AB had 17 goals and 23 assists.

Saleski, a 5’8.5, 148-lb centre, scored 43 goals and added 42 assists in 30 games for the Saskatoon Stallions of the SBAAHL. The Saskatoon product finished second in league scoring with 85 points.

Wiesblatt, who stands 5’8 and weights 164 lbs, suited up for the Calgary Bisons in the AMBHL. The Calgary product had 38 goals and 35 assists in 32 games.